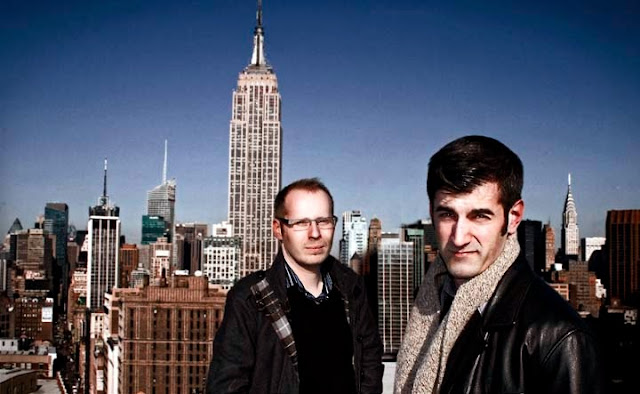 When Seth and I launched Graphic NYC back around 2008, we had no idea it would grow to the size it has, or for as long as it did. Each essay took something like 20 hours on my end (and who knows how many for his photographs) and they never felt real until Seth added the images to my text and hit PUBLISH every Wednesday morning.

The news of Seth's passing yesterday feels like a GNYC essay in its early stages, unformed and embryonic--not real until it's published on this site for the world to see. I type this on the first morning the world has woken up without him in it. When this is done and I hit the fated PUBLISH button, maybe it'll feel more real then.

I'm not writing an eulogy about him. That's a Post Mortem. I prefer Post Scripts (P.S.) for two reasons: it denotes there will be a correspondence back, and it provides an additional bit of information. So, rather than discuss my feelings over losing my best friend and brother--feelings I know countless others share in our own right--let me give you some extra things to know about our much-missed Mr. Kushner.
We both changed while working on this site, and the companion book: Seth went from being a newbie to the comics industry into becoming a very well-loved figure. Comics' all-around nice guy. And he had to go on and make more comics while living with cancer for one year than I have in a decade.


It was all well played, my brother. I miss you terribly now. When this all finishes sinking in, I know I'll somehow continue to miss you even more than I thought possible. It still seems impossible to me that we won't go see Star Wars: Episode VII together, or have that shipping party for Schmuck, read the upcoming book New York Comics for our French publisher together (okay, we wouldn't read it: neither of us could handle French. Proof in my mangling of bonjour as witnessed above) or be neighbors again when I finally get my ass back up to Brooklyn.

It's funny, but Seth's immortalizing all of these creators in photo form helped immortalize him in our hearts, minds, and the greater scope of comics history. We always planned on keeping GNYC up as a resource for comics historians and lovers around. I never thought it would become a way of keeping him alive through his work.

And that makes me more proud of this work than ever before.

But that's for down the road. Right now, please pitch in to help his amazing wife, Terra, and their son, Jackson, cope with staggering medical expenses by contributing to their Go Fund Me.

And, Seth, I look forward to hearing back from you one day. Right now, I'm going to hit PUBLISH for you, and see if it makes all of this real. Hopefully, it won't.
Posted by Christopher Irving at 1:33 PM