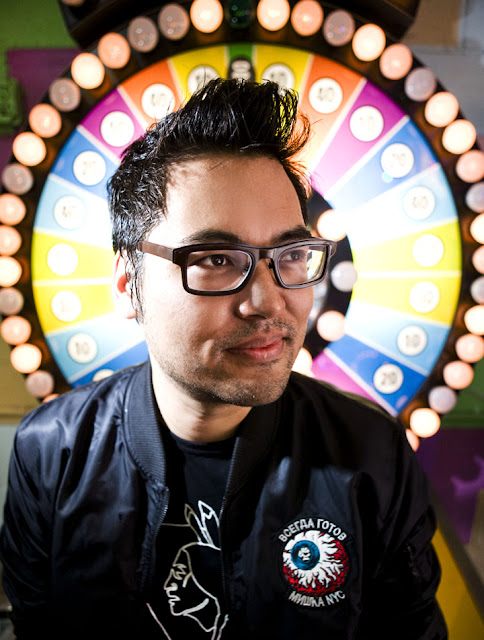 “I didn’t expect to get any readership,” Bryan Lee O’Malley laughs. His romantic fighting epic, Scott Pilgrim, is one of those cross-genre wonders that was the perfect storm for new readers when it debuted in 2004.

“I got more female readers than I expected, but I think I was targeting that more than the male gamer audience. My previous book, Lost at Sea, tapped more into the girl zeitgeist than the nerdboy thing. I did set out when I started Scott Pilgrim to broaden my appeal, to make something that people would find entertaining and funny…

“No one was doing anything like that at the time, so I really didn’t think it would find its audience and would just be a really strange niche book. Gradually it did find an audience and I was able to keep doing it.” 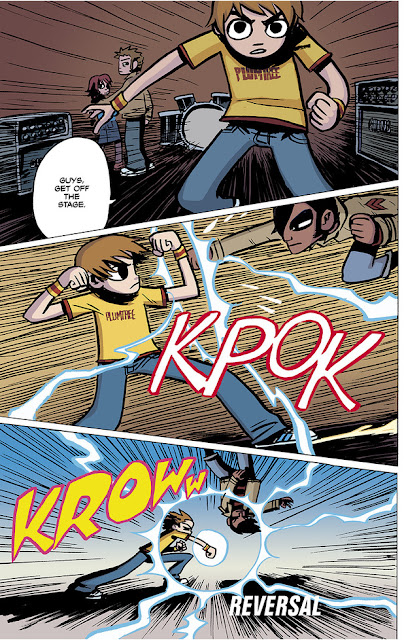 To say Scott Pilgrim found an audience is putting it lightly: the black and white indie comic that could launched a critically-acclaimed film by director Edgar Wright in 2010 has most recently been reprinted by Oni Press in color. A child of the ‘90s, O’Malley gradually brought the visual language of another media—the video game—to Scott Pilgrim’s pages by the end of the first volume. The fights are complete with stat counters, Nintendo era sound effects, and Scott’s opponents explode into a cascade of coins when finally beaten.

“I wanted to just do a comic that was about fighting, and as I started to do it I realized the only language for fighting I knew was from Street Fighter II,” Bryan admits. “I had played it religiously from my early teens on.

“I think some of that language is part of our generation,” the 33 year-old O’Malley reflects later. 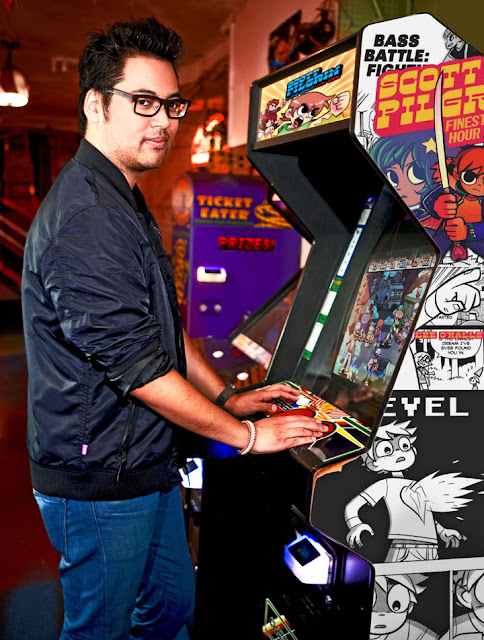 Growing up in Ontario, Canada, O’Malley was first hooked into comics with Transformers #19, its cover bearing the ginormous Autobot Omega Supreme unleashing whup-ass on some outmatched Decepticons. From that licensed gateway comic, it was a steady diet of Marc Silvestri and then Jim Lee’s Uncanny X-Men.

Then, as the ‘90s moved along, mainstream comics started to get crappier at a time when loving comics was still considered food for social outcasts.

“It was the era of bad girls and the comics got really such…I don’t know,” Bryan says. “I remember I was reading Battle Chasers, and issue #3 had the Red Sonja character with her giant boobs on the cover. I had a girlfriend at the time and thought ‘I can’t show this to anyone.’ It got really schlocky and embarrassing. It wasn’t like the comics I grew up with in the ‘80s: Silvestri drew kind of realistic humans, and it got away from that. At that point I fell into manga, which was fresher and younger, and just so much more appealing.” 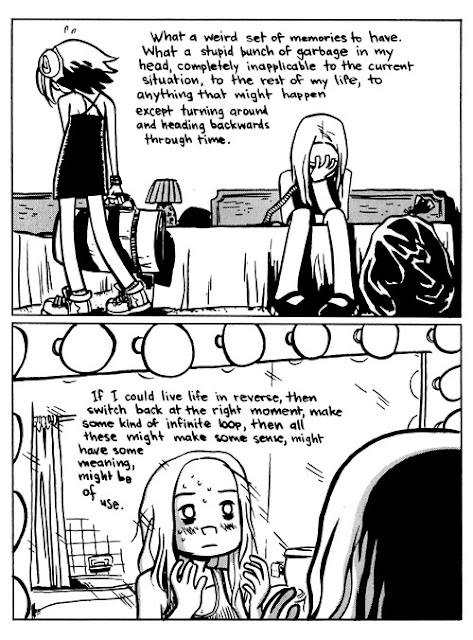 Something else snagged O’Malley, though: a copy of Bone #19 by Jeff Smith at his comic shop. He finally bought it after habitually flipping through it and it opened up a new world to him, one that set him on his current direction in indie comics:
“I’ve been just as influenced by Jeff Smith and Paul Pope as, at the same time, Rumiko Takahashi. For a while I drew in the manga style with big eyes and spiky hair, and at some point I fell away from that.
“I think it was when I started having to actually draw comics for a living: I just couldn’t keep it up and had to learn to redraw while I was drawing an actual book. You just break down. It’s so different than drawing pictures of characters every day when you’re a teenager to drawing a 100-page story.
“You just have to draw so much different stuff that, at least in my case, I fell apart,” Bryan laughs.

“I went down to the core of myself to what I could do.”

And what Bryan could do carried him through a Hopeless Savages mini-series for Oni (written by Jen Van Meter, and at one point inked by Christine Norrie), his web comic and graphic novel Lost at Sea, and eventually six volume Scott Pilgrim series of manga-sized digest comics. 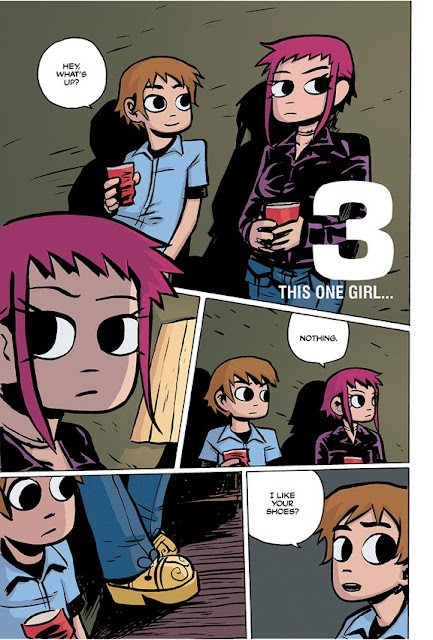 After the first volume of Scott Pilgrim came out, a film producer Oni Press had just partnered with, Marc Platt, quickly sold the film option and it found its way into the hands of cult director Edgar Wright (Shaun of the Dead, Hot Fuzz). For O’Malley, it was a complete surprise that netted him a “small check” to pay off debt and buy a house with. Scott Pilgrim vs. The World, as the movie was finally titled, was filming while Bryan was working on the final volume. 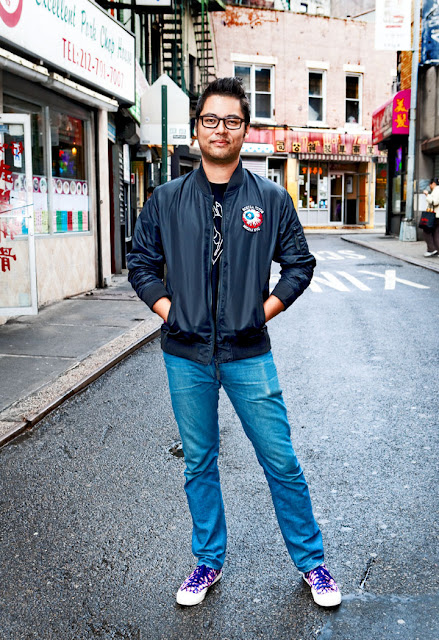 “I’m sure it made me work harder and better,” Bryan says of the movie. “I wanted to impress not just my readers, but specific people. Edgar Wright had done specific shows and movies that I’d admired, and I wanted him to keep liking it. It was sold on the basis of the first book, and I was expecting them to write something based off the concept and throw the comic in the garbage can—which they did not end up doing—but I was completely prepared for that. At the same time I kind of forgot about it and tried to make the best comic I could, and follow my gut, basically.”

In terms of adapting the source material, it’s damn close, embracing the visual language of O’Malley’s Nintendo-inspired world with a cast to match. Fortunately, the well-received Scott Pilgrim vs. The World has garnered a cult following, giving it a more permanent life than a box office smash might’ve had. 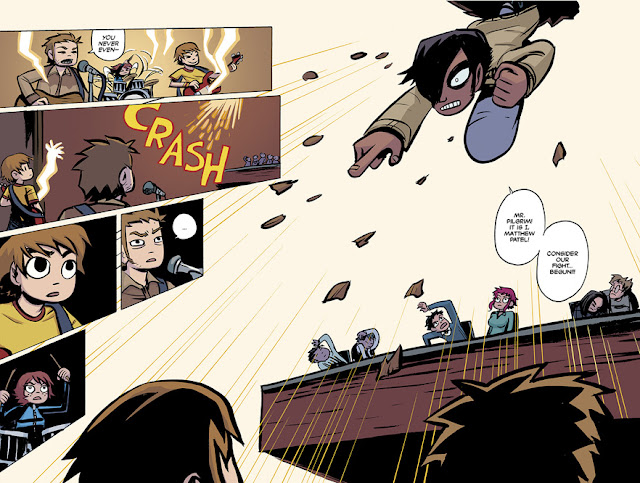 “My most frequently asked question now is ‘What did you think of the movie?’ A fan asks me that, literally, ever day. I don’t know what they want to hear,” Bryan admits. “Do they want me to be a fan of my own work? It’s complicated: I worked on the movie and worked pretty closely with them for years. I worked hard on it and I hope it’s good. I’m too close to it to know if it’s good or bad.”
“Even if it didn’t make a lot of money, it did lead a lot of people back to my books,” he later adds. “They’re still thriving, which is great.”

At the end of the day, O’Malley’s loyalty doesn’t lie with making movies or working for the major companies, but with being an independent comics creator.

“I don’t want to do anything else,” he says. “I have my own ideas about how to make comics and push them forward in whatever way I possibly can. I have the fanbase and financial stability to be able to do that myself, so I’d rather do it on my own.”

Read more about Bryan Lee O'Malley at his website. 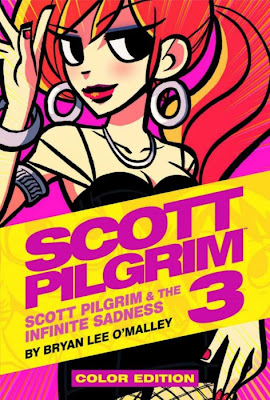 Posted by Christopher Irving at 12:39 PM