When Seth and I were chatting with Jeffrey Brown in his Chicago home, he went into the writing of the GNYC exclusive comic strip, Good at Playing:


"I started trying to write it as an essay, and thought ‘This will be fun.’ Another thing that led me to autobiographical comics, which I forget about sometimes, is a class I had in college on creative non-fiction. It was the first time I’d really encountered writing a piece that wasn’t a narrative, but was writing about things. I liked the idea of writing something in prose again, but the ideas were in my head, and when I tried to put them into words, I had to be too explicit in order to explain them. But something about doing it as a comic lets the reader bridge those parts without my having to explain them too much." 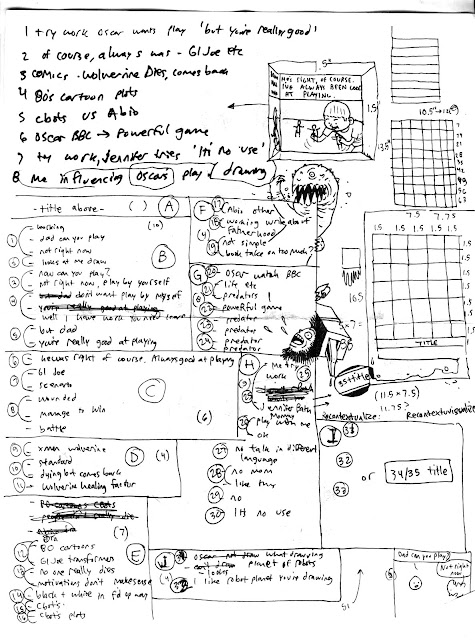 Jeffrey goes even more in-depth at his personal blog. Be sure to pick up Jeffrey's forthcoming Incredible Change-Bots Two

, and also check out the Graphic NYC Profile on Jeffrey this May.
Posted by Christopher Irving at 11:43 AM