Sixteen Panel Grid: Will A Revolution Be Illustrated?

The Goon creator Eric Powell is just one of a handful of comic book professionals who makes a nice living--he's called himself a ‘thousandaire’—off of his own character. In an industry that deals mainly with a single genre, Powell saw some writing on the wall and issued a call to arms video that criticized the homogeny of Marvel and DC’s content as well as they way they treat their creators. Though this video divided fans, The Creator’s Front for Diversity in Comics gave the community plenty to ponder. As for his intent, the man from Tennessee said:

It’s just about raising awareness and trying to get the industry to support diversified content in order to grow instead of shrink...I would just like to see good quality, original material in any form. We can bitch and moan about creator-owned comics not getting the credit they're due, but the first step is to work hard to make a quality book that people will want to read. 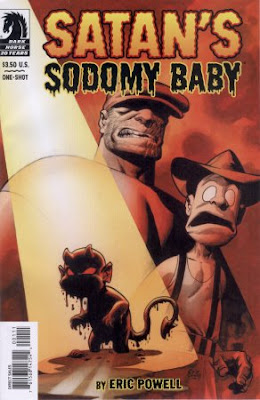 It’s not hard to see why mainstream fandom was turned off by Powell’s video, but some of those who did hear his point looked to him as a Dave Sim-like guru. After receiving requests for help from creators expecting publishing and promotional aide, Powell responded on Facebook: “Ask not what your Front can do for you, ask what you can do for your Front.” Though he’s focused on releasing his own content through Dark Horse, Powell did recently publish Rebecca Sugar’s Pug Davis through his Exploding Albatross Funnybook arm, which, he insists, is not looking to expand.  Nevertheless, Sugar’s work stands on its own merits: 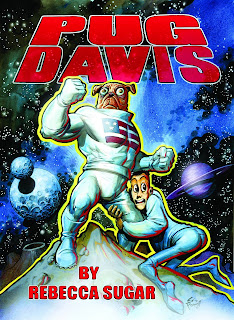 Pug Davis, intergalactic legend, all-American hero: he fights aliens in space so we don't have to fight them here. His sidekick, the Blouse, was sent into space as part of a mission to test zero gravity's effect on homosexuals. Pug Davis saved Blouse's life, and Blouse has been following him around ever since.

Sugar is an LA-based storyboard artist, who balances storytelling, design and writing with singular talent. Pug Davis is hilariously well-told and succeeds in mashing genres and grafting motifs over action-comedy in a way that is reminiscent of The Goon.

Pug enthusiast and award-winning cartoonist Alex Robinson is among too few creators who, like Powell, have “won the funnybook lottery” with a number of books published by Top Shelf. He recently did his first work for Marvel in the Strange Tales anthology and sizes things up like this:

It would obviously be a better long-term strategy for the ‘mainstream’ companies to face the fact that their audience is dwindling, and it would be better to reach out to non-comics readers rather than just keep recycling the same characters and stories. I mean, does anyone really think the Human Torch isn't going to come back? This is the best they can do? 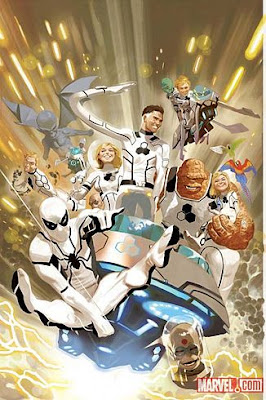 But can the rest of the market even support a would-be revolution? The biggest challenge that independent creators face is finding an audience. After doing the work, promoting the book and getting it into Previews, many creators hit a brick wall. Stores can only throw the dice so hard in ordering unknown books by untested creators. Robinson laments the state of the market:

... Publishing in general is in flux and I feel like we're all going to find ourselves in the same situation the music business is in. I think the combination of e-readers and torrent sites will put us in the same boat, so in a way it's kind of pointless to demand a seat at the table when the table is on a ship that is rapidly taking on water. What does creator ownership mean when everyone steals everything anyway?

It will be established creators (and probably not enthusiastic hobbyists) that have the market draw to produce and sell original comics. Image and smaller, similar companies are already up to the task by publishing a range of content that for years has been over shadowed by Marvel and DC’s superhero lines. For creator-owned comics to go toe-to-toe against the Big Two, Powell says it will take:

…a total reconception of what the American comic industry is. I jab at them in the video for satirical purposes, but I mention the sales quotes to try to make a point that these two companies control the industry. The country just went through ‘too big to fail’ with the banks. If the corporations who own Marvel and DC decide to pull out of comics in favor of using these properties on more profitable ventures, the entire industry falls. We can avoid this risk by building other original creator-owned properties to fall back on.

Profitable or not, content diversity in comics has been produced by a wide range of talent since the pre-internet fandom press. Between print and web, the spectrum is so broad that each subcategory brings its own issues to the table. Are ‘alternative comics’ termed thusly because they don’t sell, or because they don’t deal with genre-action? In a better world would ‘indie comics’ be published by versions of the Big Two that were willing to deal in horror and westerns along with second rate superhero concepts? Is it really ‘manga’ when it’s not a genuine product of Japan (or if, Heaven forbid, it doesn’t read from right-to-left)?

Powell deals with his own subset: the funnybook, an old-timey term (like ‘funny papers’) that Joe Quesada used to sign out of his Cup of Joe editorials. Powell’s funnybooks draw influence from the MAD Magazine glory days mixed with Kirby and Eisner. Rebecca Sugar says:

I feel like it's important to mix humor with action... because almost everyone has a sense of humor, and funny things happen in real life, so why should any action story be completely serious? I hope it makes it more fun to read but I also think it makes things feel more realistic.

The funnybook is the kind of floppy that’s just as good in a bag and board as it is rolled up in a pocket. 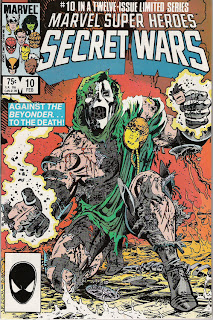 Looking back to the black and white boom of the 1980’s, Alex Robinson reminds us that “the companies that came up during that time were important because they offered creators greater freedom, and that made Marvel and DC step up and be more competitive.” [Truly, the Jim-Shooter-Secret-Wars/Epic-Illustrated salad days are fondly remembered by fanboys and eclectic readers alike. Those were the days when Dave Sim was publishing anybody and everybody in the back of Cerebus, from strips that would never be seen again (outside of a local convention) to artists like Evan Dorkin (who will be drawing The Goon #35).]

There has never been a shortage of comic book creators. The ones who can sell lend their freelance talents to the Big Two. So are there creator-owned projects aplenty in the flat files of professional pencilers and inkers? Surely those already writing in the field have developed their own original concepts. Perhaps many of the creators who celebrate content diversity have left floppy comics to do graphic novels at publishing houses. Only time, and fresh new books, will tell whether creative celebrations like The Diversity Front can stir the pot to the revolution that comic books are waiting for.

Despite Eric Powell’s best intentions, it’s not clear what will come from his efforts to shake things up. The future is unwritten and undrawn but any reader who has grown beyond superheroes will tell you that innovative and appealing comics are worth inspecting. Read, enjoy and spread the word.


Ben Granoff's silver tongue has taken him from the Marvel Comics House of Ideas to the front lines of the indie comics scene and back to the pulp heroes of yesteryear. His books include the superhero satire We Were...The Freedom Federation and Clint and Rosebud Those Freewheeling Tramps. He lives in Brooklyn.

http://benvsdov.com/comics.html
Posted by Christopher Irving at 9:54 AM