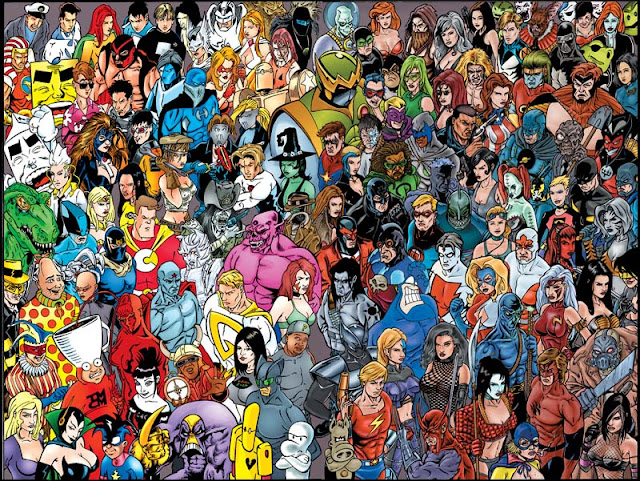 Ingesting influences invites indigestion.
As a forty five year old artist, well read on Fine Art history and an all around comic book geek, I unsuspectingly accessed a portal of persuasion as I dove into the behemoth project in 2005 that we’ve come to know as War of the Independents.
As a fan, comic book annuals and mini-series were rare and looked forward to. I mean, who didn’t like to see their favorite heroes band together in an unbelievably big event before returning to Yancy Street for a one-on-one with the local rival?!? Yet it wasn’t stopping, in fact, it was getting bigger, spreading like Wildfire out of his costume. One majestic marvelous milestone followed lead into another with more tie-ins than a barrel full of Grodds. I’m sure profit holders were smiling as sales grew, which is much needed in this industry despite the gripes, but it’s wave drowned the already dog-paddling indie market. Still in it’s birthing stages, online and digital media, which are still trying to find their niche, were just a glimmer of hope at the time. The indie market was gasping for air.
Something had to be done. 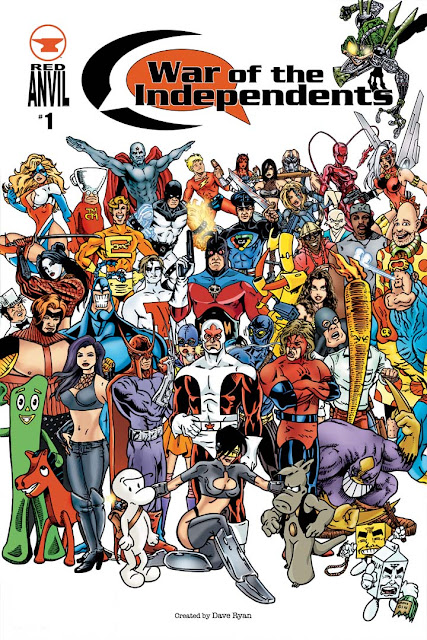 Indie crossovers were uncommon, yet nothing new in comics. I felt that there had to be an answer to the throat-jobbed market of “eventile dysfunction” ejaculating from the big two. As I gathered indie creators together for this event I knew that I had to immerse myself in not only their characters but their styles as well. This wasn’t about me reinterpreting anyone’s artistic endeavors by collected charming miscomprehensions with untargeted enthusiasms. Their message had to come through, which meant I had to absorb them as an influences, digest their message and add it into the ingredients of my creative pie.
Through the years, as a fine artist and illustrator, I’ve purposefully embraced and integrated artist’s styles and techniques but this time, as I studied the individual indie comics, I became barraged by over 200 voices, yelling in my proverbial ear for attention.  They used to say that an artist hid his work when Picasso came to visit because he would absorb whatever he could and apply it to his own. This long journey has exposed me to more styles, stories, influences and friends from around the world than I could have ever imagined. 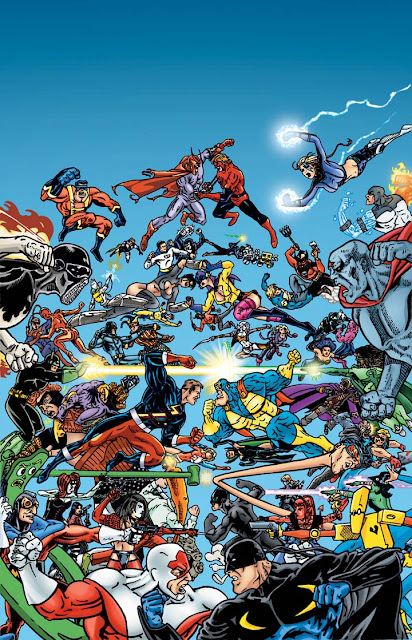 War of the Independents may have been formed from a group of individual creations but it has flourished by virtues of it’s belief in itself, in the possibility of control over what seems essentially uncontrollable, in the coherence of the inchoate and in it’s ability to create it own values. George Eliot said, “Life is measured by the rapidity of change, the succession of influences that modify the being.”
Indeed, I am modified. 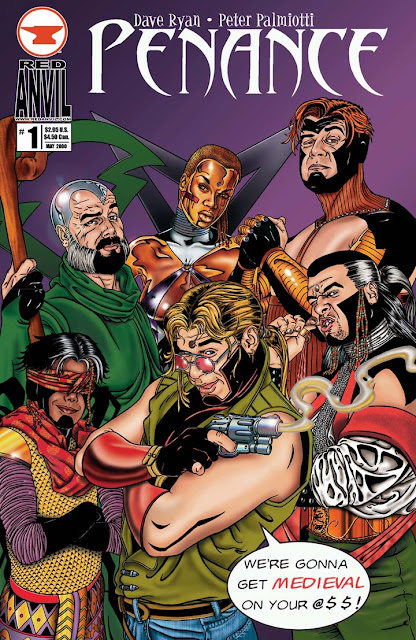 David Ryan Born, 1965, Bayonne, New Jersey. Raised on a menu of comic book culture fused with iconic Rockwellian imagery, Dave Ryan began taking art lessons as a child and at the age of 18 saw an exhibition of Vincent van Gogh’s postimpressionistic paintings, which helped inspire him to become a painter. His body of work focuses primarily on painting portraits, fusing a realistic, larger than life iconic image laden with a Lichtenstein-esque undertone adorned with semi-impressionistic techniques. These images represent a very human, undeniable view of the subjects, given the scale of attention to the brushstroke itself, while also presenting a rather grand, iconic view of the sitters, given the monumental and confrontational quality of the works. He has received his BA in 1991 from New Jersey City State College, in Jersey City, NJ. His paintings have been exhibited in diverse solo and group venues including: 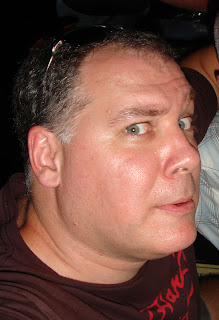 Posted by Christopher Irving at 9:42 AM