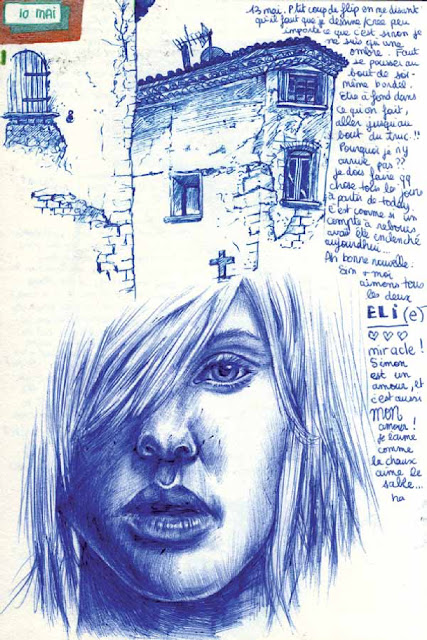 I’m going to admit to something. It’s not that bad but it’s a little embarrassing. I used to fantasize that I was part of the Crumb family. I was 16 and getting into Robert Crumb's books and I just loved his and Aline Kominsky-Crumb's  Dirty Laundry so much that I felt like I was in it, just outside of every panel. I guess that's a testament to the quality and inclusiveness of their style on that one. I felt like I could help Robert with some yard work, inspect Aline’s ass for firmness after a vigorous bike ride, and help little Sophie with her coloring.  Being in that family would be awesome! The most fun, though would be creating alongside these talented and passionate artists. Being from a family of limited creativity offers challenges I won’t bore you with but let it be said that my old man (actually the one creative in the family at the time with some really terrific photographs under his belt) wasn’t sold on me becoming a writer and seeing that so far, at 35 years of age, I’ve made a little over ONE THOUSAND DOLLARS plying my trade, we can see he was totally wrong.

In any case, if I come across as a bit jealous of Sophie Crumb, it’s because I am. I have family envy, I’ll admit it. And I’m sure it’s not all glitz and glamour but to be a talented child of two very talented artists who not only support but catalogue and dote on the development of her work is an enviable place to be for those of us that have had to struggle with unsupportive families. Talent is only a small part of cartooning and the fact that they helped her put in the work it takes to learn a craft is the greatest gift a parent can give their child. 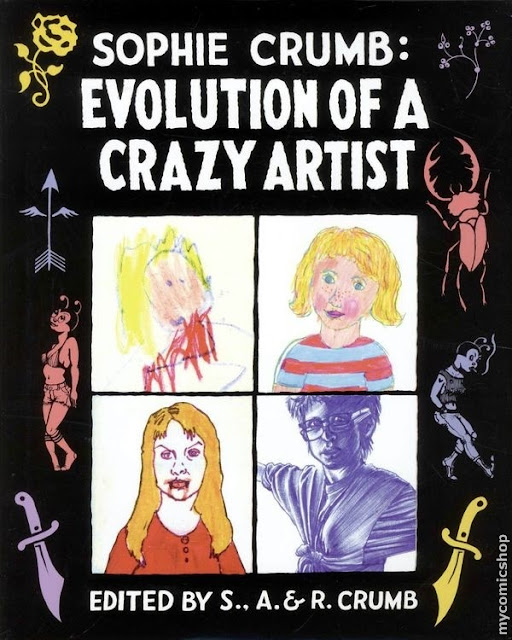 So her new book, Evolution of a Crazy Artist

, is out and it is quite unlike anything I’ve ever seen.  It is irrelevant as to whether you find Sophie Crumb’s art to be to your liking. For my money, though, she could draw better at 7 than I can now. To see the cataloguing of the best work from an entire life of drawing is a rare treat. Those wacky Crumbs saved each and every scribble, filed them away methodically, and have made them available, in sequential order in this book. Its intended purpose isn’t to celebrate Sophie so much as seeing her as an experiment in creative living.
I was a bit disappointed that there wasn’t much of her commercial work. Her tattoo designs get a page. There is a belief  present that somehow the sketch is more closely linked to the psyche than commercial work is. I think you can have it both ways. If her livelihood is rooted in tattoo art then there should have been more of it. Us workin’ folks (ONE THOUSAND DOLLARS) like to see our labors reflected, and you would think she’d feel the same. And frankly, that she apparently devotes so little time to even doing sketches of flash one would wonder what attracted her as an artist to the field. The tattoo artists I’ve known from before their apprenticeships were drawing and designing tattoos for years before getting a chance to learn under a pro. It would have been nice to see a reflection of that level of commitment in the book. 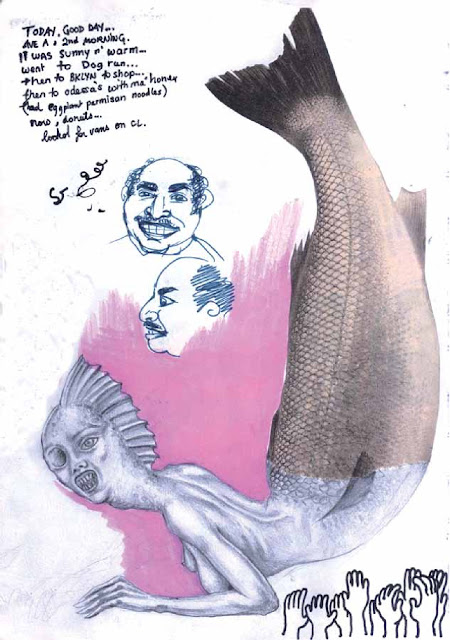 I can’t speak for her true intentions but the book makes it seem that tattooing is just a dalliance that she’s flittering about with until she’s bored. And that’s fine of course. That’s the point of the book. Watching “tourist Sophie” drift in and out of areas and sub cultures for far less time than it takes to really be a part of them seems to be a running theme of her life. I am repelled by the modern lifestyle tourism of the elite children who end up bankers (though I doubt her fate lies that way and I’m just jealous anyway).


Reviewer Jared Gniewek joined Graphic NYC with the site's relaunch in September, 2009. Jared has worked in the music industry as a back line technician, performer, and promoter. He has also been a freelance writer whose work can be seen in the recent re-launch of Tales from the Crypt and heard on The Dark Sense, an audio anthology of the macabre. His cartooning can be found on his blog Scary-Oke, a monster indy cartoon karaoke game stemming from his own twisted mind.
Posted by Christopher Irving at 11:44 AM