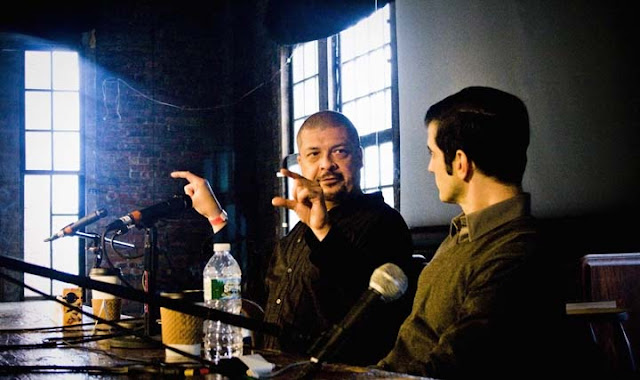 We've both been fans of Kyle Baker for years -- my fixation with his work started back in '84 with Transformers #7, one of his first inking jobs for Marvel -- and it was a thrill to catch up with him amidst the energy of the second King Con for a "live profile" interview/panel, spotlighting his career. We talked about everything from animation to the current state of wrongness in his and David Lapham's current Deadpool MAX series for Marvel (and, even if you aren't a fan of the over-merchandised Merc with a Mouth, it's a blast to read). Keep an eye out in the coming months for his profile and photo portrait. 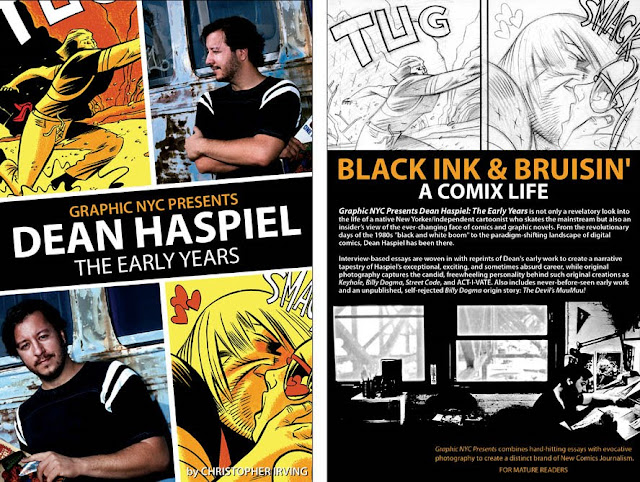 Seth and I also got to show off Graphic NYC Presents Dean Haspiel: The Early Years

, the substantial tome o' Dino's life, career, and earlier comics work. Unfortunately, we didn't have copies to sell for the show, but be sure to track it down at Bergen Street Comics in Brooklyn, or at Midtown Comics or Forbidden Planet in Manhattan.

And, last but not least, Dean premiered the motion comic version of Billy Dogma's Sex Planet adventure! Check it out:

Posted by Christopher Irving at 9:42 AM