Where Superman Was Born: A Visit to Jerry Siegel's House 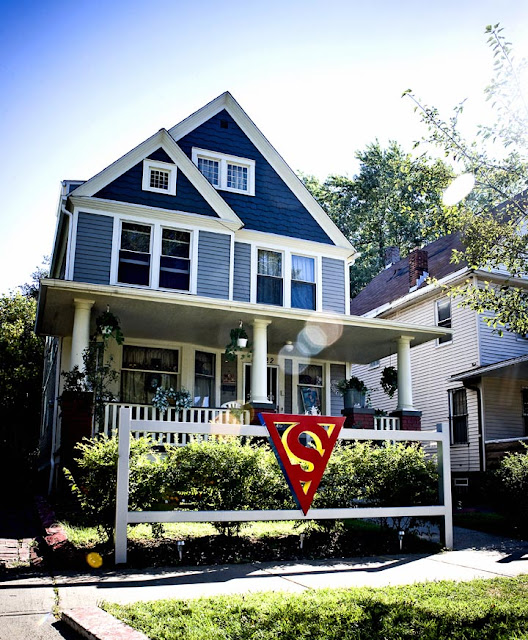 "I grew up watching Superman, but I didn't have any idea he was born here in Cleveland.  All I ever thought was he was born in Kansas."
Jefferson Gray and his wife, Hattie Mae are the current owners of the house located at 10622 Kimberley Avenue in the Glenville section of Cleveland, Ohio.  When the Grays bought the home in 1983, they had no idea they had purchased a a piece of history.
It wasn't until three years later, when they received a letter from the city of Cleveland looking to make it a landmark, that they discovered the truth; It was in that house that Jerry Siegel created one of the most recognizable and enduring figures in western civilization--Superman.
"When I found out about the history of the house, I though, well, that's amazing!" 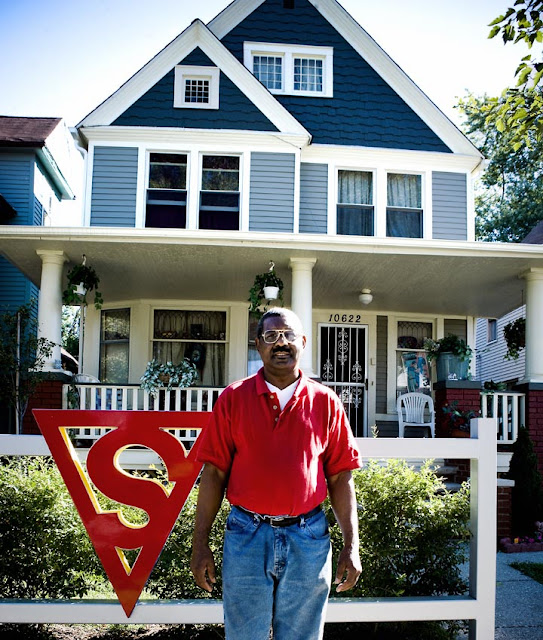 I was in Cleveland for business and though my flight home was looming, and I was exhausted from travel and work, I headed the opposite direction from the airport to make a pilgrimage of sorts.  I had always heard that Superman was born in Cleveland and a quick scroll through my iPhone told me the address of where it had happened.
As I drove my rental car through Cleveland towards my destination, the neighborhoods seemed to change.  The closer I got, the more dilapidated and downtrodden the scenery became.  Boarded up storefronts, signage from days long ago, and discount Liquor stores filled my windshield.
Finally, Kimberly Avenue, unmanicured lawns and homes in various states of disrepair.  I drove slowly up the block, until I saw it; a big red "S."
10622 Kimberley Avenue.
I was there just to see it, and take a few photos, of course. I hopped out of the car, Canon EOD 1DS Mark 2 in hand and began snapping.  I noticed immediately that the "S" on the gate wasn't the familiar Superman shield logo, but one reminiscent of the original version, drawn by Siegel's partner, Joe Shuster.  I wondered if it was a trademark issue that lead to the decision, or was it a homage?  In any case, I liked that they went vintage.
Through the viewfinder, I saw a car pull up, and out came Mr. Jefferson Gray, as I learned upon introductions.
"Want to take a look at the inside?"
"Sure, but I wouldn't want to bother you."
"Ain't no sense coming to the outside and not coming in."
I followed the man inside and pictured young Jerry Siegel walking through the same doorway in another, far simpler era.  The walls were covered by photos of Mr.Gray's family.  His children and grandchildren having grown up in the house where Superman came from.  I asked Mr. Gray if his grandson was a Superman fan.
"Sure.  We made him one." 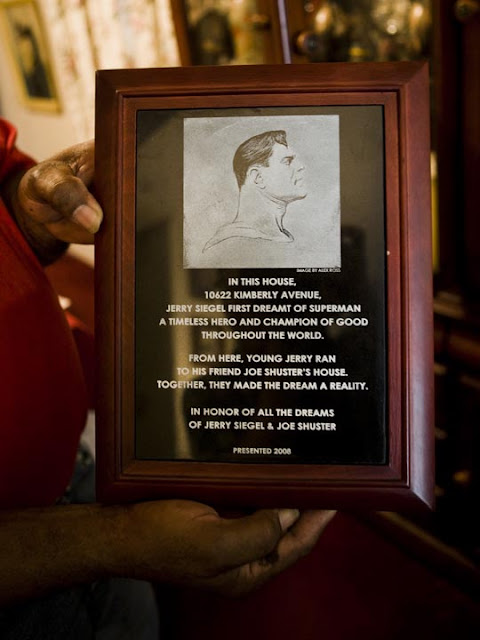 He took me through the hall to the dining room where a breakfront contained Superman memorabilia.  He showed me photos from a ceremony held at the house a year earlier.  I remembered reading about it at the time.  A nonprofit group called the Siegel and Shuster Society teamed up with writer Brad Meltzer to raise $70,000 to repair and restore the 91-year-old house.  The unveiling ceremony was attended by the late Mr. Siegel's wife, and family.
"Let me show you the attic where Jerry Siegel worked." 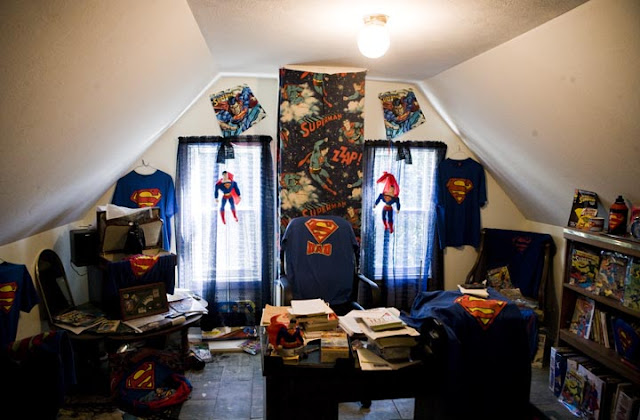 I felt a wave of excitement pass over me as I followed Mr. Gray up the stairs and into the attic.  The room was filled with Superman paraphernalia.  Mr. Gray has constructed a shrine to the Man of Steel at his birthplace; comics, dolls, t-shirts, sheets, clocks, etc.
Standing there, I could almost feel the history of the great accomplishment that had occurred there.  It was like standing in the studio where Leonardo painted the Mona Lisa.  Though, I would argue that Siegel's contribution to society was greater.
I thanked Mr. Gray for the tour and for his hospitality and on the way out I asked if he received many visitors.
"People come by, leave letters and things on the porch.  People come from all over--It's a joy."
On the way to catch my flight, I thought about the teenaged Jerry Siegel.  How did this boy, from humble beginnings, during the Great Depression, dream up a Superman?  Maybe it's in ordinary places like the house at 10622 Kimberley Avenue, when times are the toughest, that people dream the biggest.  They can dream of a flying man from another world, here to save us all.
A special thanks to my buddy, photographer/videographer Atif Ateeq for his help with documenting this experience. 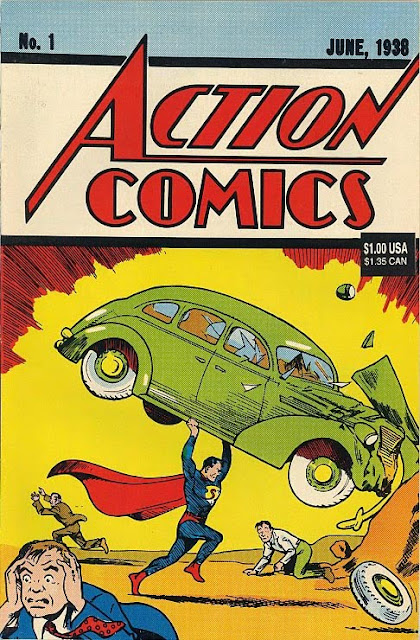 Posted by Christopher Irving at 3:45 PM