Michael Kupperman and Tales Designed to Thrizzle's Lessons in Absurdity 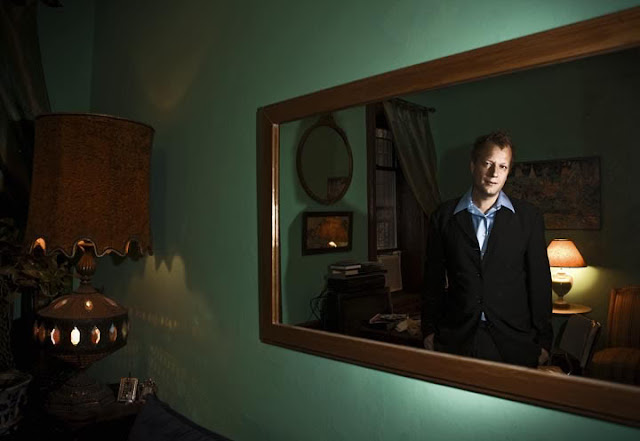 “For me, comics are uncertain territory, and that’s why I feel I have to reach beyond comics to find my audience. People who appreciate my comics aren’t just into comics, but more into comedy. A lot of the attention I’ve been getting in the past years has been outside of comics.”

“What I’m doing is more along the lines of sketch comedy,” Michael Kupperman says. “I grew up with Monty Python and SCTV, and those shows had a profound influence on me, through the writing and tone. My comic is humor for childish adults. I think I’m actually going to start putting that on the cover. It’s stuff that makes me laugh and part of my working method is to make stuff that will make others laugh as well.” 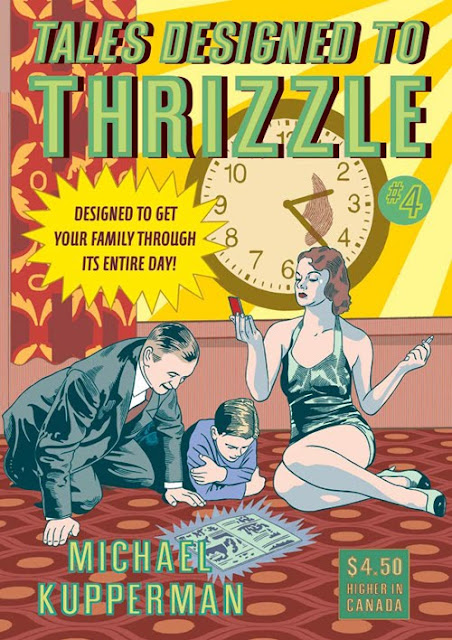 Toss comic book art from the '40s and '50s into a blender with the dirty brand of humor that runs rampant in underground comics, and give it the pacing and spontaneity of skit comedy, and you get Kupperman’s distinctive Tales Designed to Thrizzle

. Kupperman’s slick art has the polish and stiffness of old advertising art, creating a posed disconnect that adds a layer of absurdism to his offbeat stories.

“Ultimately, I’m trying to bring the joke,” Kupperman admits. “So the art is not about trying to win awards, or for it to be attractive on its own merit: it’s about making the jokes clear.

“There are two types of jokes that I’ve come up with: there’s the kind that pops in your head and is complete, surreal, and realized. And then there’s the concept that seems like it could be funny if properly written, and will be the result of effort. It’s going both ways. I used to depend on inspiration for my jokes, but I’ve learned to work in a more methodical way.” 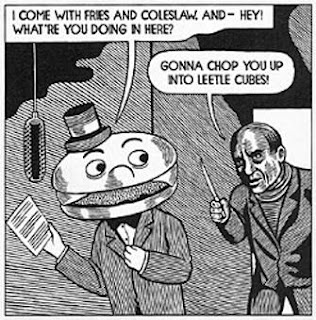 A single issue of Tales will have everything from a biography of Picasso (narrated by a hamburger), a strip about Grampa, or an octopus in a fireman’s hat, brandishing a revolver. One of his recurring gags is to split each issue into section by age, be it 18 and Over, or Kids. There’s even an “Old People’s Section” in Tales #3. The off-brand and spontaneous humor was earlier cartooned on the fly, but Kupperman found it a “real hit or miss way to work,” and switched to a tighter narrative plan with occasional improv. Tales Designed the Thrizzle is concocted as an unabashedly fun romp that colors pop culture with shades of naughtiness: there’s little wonder that some people might not know what to make of it. 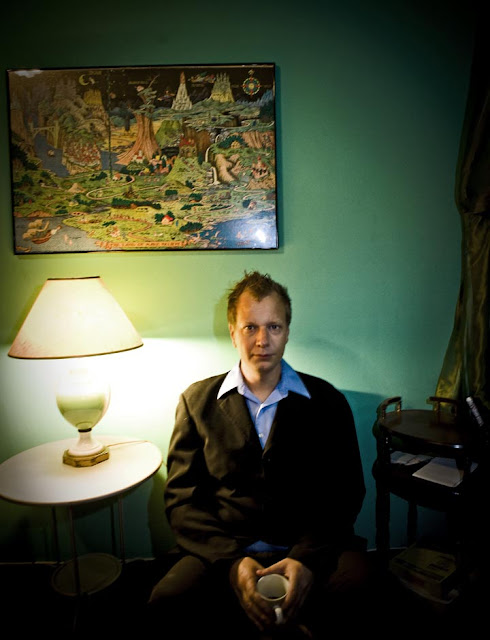 “I don’t think it fits the model of what the people in publishing necessarily want to [see] happen,” Kupperman admits. “The people publishing and editing comics in the past two decades have tried to equate comics with literature, which I think is a flawed approach: comics have their own strengths, and to try to make them the same as other art forms weakens them. There are many comics genres today which I frankly know nothing about. They’re impenetrable from the outside. The fan bases get so inbred and ingrown. I think I’m sort of successful as a comics artist, but not in the way that the comics industry would see. I almost have to be larger than the comics industry to survive…

“Time is a precious commodity and, of course, comics don’t pay much. To keep the money coming in, I freelance illustrate, and with comics it’s sometimes a struggle to find the time to do them as thoroughly as I can.”


“I read something today that said artists need to be prepared to not make any money in order to do their best work; that’s pretty true, I’ve done some of my best work when I knew that I wouldn’t be making much money off it.” 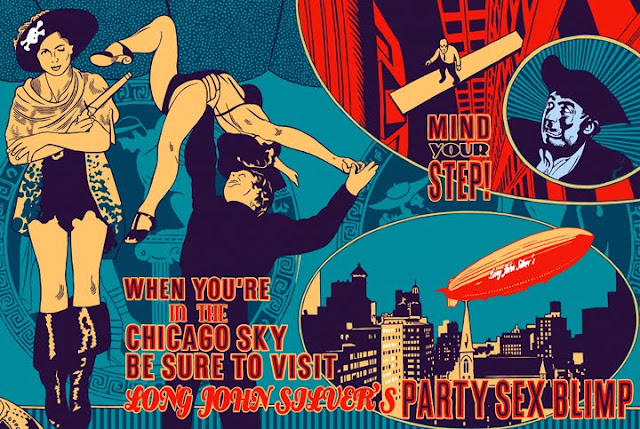 Kupperman’s illustrations have graced the pages of The New Yorker, Screw, Heavy Metal, and even publications like Nickelodeon Magazine, The Wall Street Journal. While magazine illustration was once a lucrative market, it isn’t so much anymore, thanks in part to the Internet’s own “bubble bursting”. The damning result is a lowering in illustration rates, making it even harder for magazine illustrators to eke out a living.

“It’s a bad situation,” Kupperman notes. “I don’t think that people realize that when they go to school for illustration: the party’s over. I’m hanging in there, but I don’t know anyone else who’s doing illustration and not teaching.” 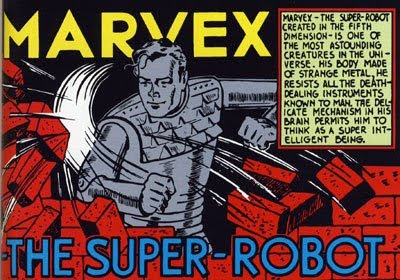 “With illustration, you have students graduating each year, you have conferences, but editorial illustration is just about dead, really,” he notes later. “The organization that surrounds it is what continues and may die last.

“I think that a lot of popular media is not the same quality that it once was, but that’s because of the mechanisms and organizations that have grown around it.” 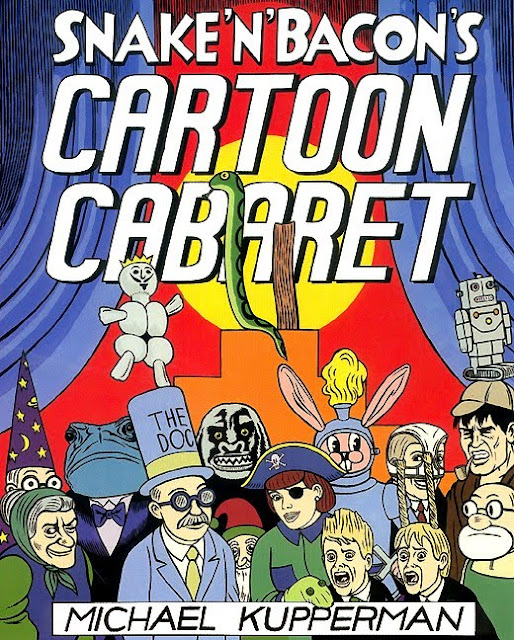 Prior to dipping his toe in the illustration world (before finding himself mostly submerged when walking into the deep end), Kupperman’s unusual comics world came to its first print life in 2000’s Snake ‘n’ Bacon’s Cartoon Cabaret

. The graphic novel, published by Harper Collins, introduced the duo of a snake and a piece of bacon; no matter what case or misadventure they’re on, with Snake only hissing, and Bacon commenting on the wonders of the fatty pork product: “I go well with eggs” or “Wipe me with a paper towel to remove excess grease”.

Kupperman was able to rely on another offbeat cartoonist to be his biggest cheerleader: Sock Monkey and Maakies author Tony Millionaire.

“After Snake ‘n’ Bacon was published, Tony Millionaire gave me a list of people to send the book to, and was on the top of the list was [TV writer and producer] Dino Stamatopoulos,” Michael recalls. “His wife was actually the one who picked up and read the book, and liked it, so then they asked me to do some things for TV Funhouse. Those first ones for TV Funhouse were just translating comics from Snake ‘n’ Bacon for animation. The animators put in eye blinks and movements, but wanted to keep it as close as possible to the original comic.”

The limited animation of the TV Funhouse shorts fit the stiffness of Kupperman’s artwork, and emphasizes the wackiness of his unique brand of comedy.

Kupperman soon got his chance to take a hand in the animation, with the TV Funhouse shorts featured on Saturday Night Live. It soon led into a Snake ‘n’ Bacon animated pilot. 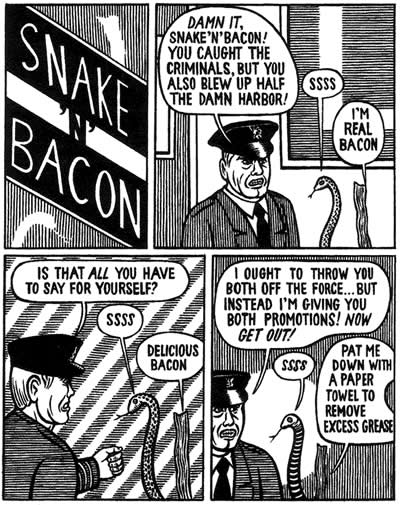 “A few years ago, Robert Smigel got me to draw one of the TV Funhouse cartoons for Saturday Night Live, which we wrote together, ‘The Greatest Generation with Albert Einstein and Winston Churchill’,” Kupperman says. “That was different, because that was all created for the cartoons, and were done extremely fast. I learned a lot doing it: I had never used a lightbox before and bought one for the first time. I didn’t really know what I was doing, and am sure in some ways that I gave the animators a hard time. But I learned a lot, so when we got the deal to do Snake ‘n’ Bacon a few months later, I had a better grasp on how to do animation. I did find it quite a bit liberating; it’s like comics but coming closer to performance, and I really enjoyed it and thought of it as something I could do good work with and get paid for. I’m hoping to be doing something else very soon.”

That “something else” is coming in the form of another pilot, Michael acknowledges with a “‘Nuff said for now”. He also notes that all of his wacky misadventures won’t be limited to the TV screen from now on, but split between that and the printed page of Tales Designed to Thrizzle.

“I am trying to come up with a longer narrative which would allow me to display my sense of humor for which I’ve become famous,” he notes. “I’m hoping to cut down on illustration, but I just finished illustrating Kristin Schaal and Rich Blomquist’s The Sexy Book of Sexy Sex and a host of other illustration projects are coming up.” 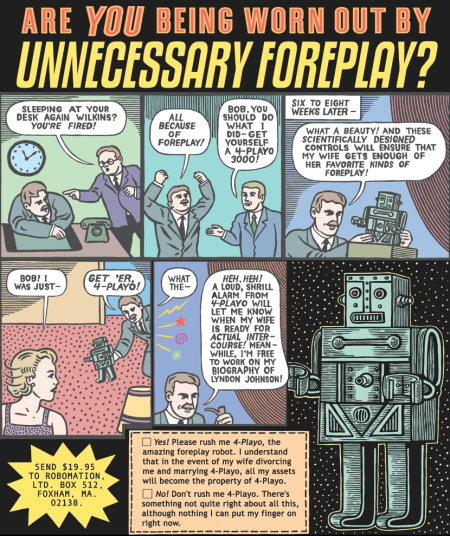 Posted by Christopher Irving at 7:57 PM