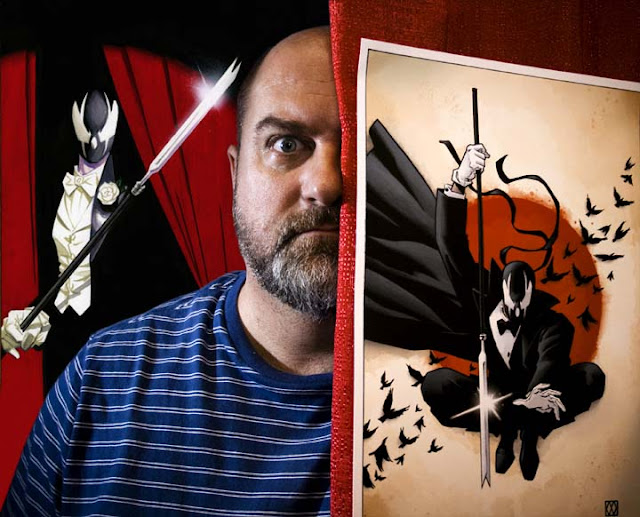 When Matt Wagner created the stylishly noir-ish anti-hero Grendel in the early 1980s, he was at the forefront of the black-and-white indy movement. But it's more than Wagner's heavily shadowed world that defines his adeptness at noir, just as much as his writing in Sandman Mystery Theater and several Batman projects. Wagner not only understands the visual trappings, but the narrative ones as well, giving more than just dramatic lighting and high contrast.
Posted by Christopher Irving at 11:53 AM