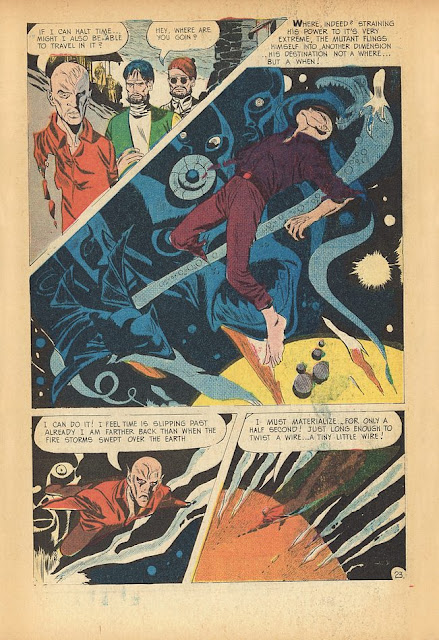 Words: Christopher Irving
The best part about researching comics history is finding the weird and esoteric shit.
Dan Nadel does that in Art in Time: Unknown Comic Book Adventures, 1940-1980

, the follow-up to his Art Out of Time

, where he presents the works of artists either unknown or through genres not known of them. So, in short, he either posits artists you may never have heard of, or he shows artists you have heard of working in genres they might have flirted with. 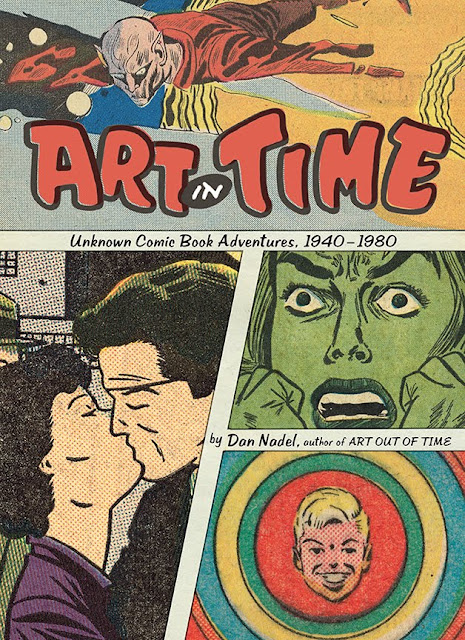 I have to be honest, while some of the work reprinted in the book leave this die-hard history buff geeking out like an utter fanboy, others leave me scratching my head.

For instance, when I first heard Wonder Woman co-creator H.G. Peter was in this book, I was skeptical: his Wonder Woman art always left me yawning with his antiquated art style. Nadel presents a few serialized adventures of Peter’s Man O’ Metal, and I was floored. Here was the same stiff art style, but drawn with lesser panels per page with muscular figures not cramped (as in Wonder Woman), but bursting off the page. 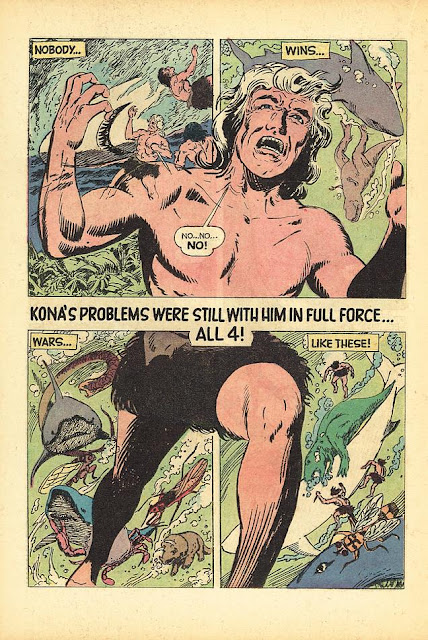 Harry Lucey’s hard-boiled Sam Hill, as well as Pete Morisi’s Johnny Dynamite, as well as John Stanley’s horror work are all testimony to the diversity and craftsmanship of the artists. Then, there are weird stories like Sam Glanzman’s Kona (any comic with dinosaurs fighting giant sharks fighting mutated monster animals during a huge flood that threatens to kill off a barbarian and his human family subscribes to a long, convoluted, and successful formula) and Pat Boyette’s Children of Doom, written by Denny O’Neil (and published by comics schlock-house Charlton, who gleaned occasional diamonds from the creative freedom given their creators).

Where I get confused is in the inclusion of some of the underground comix cartoonists: the importance of Sharon Rudahl’s dense sci-fi story Crystal Night as existing as a bridge between the Undegrounds and the Alternatives makes it a logical fit, as does the Fletcher Hanks-ishness of Michael McMillan’s work. But when I look at the nonsensical and psychedelic work of John Thompson, it feels like that one track you’d have to get through back when albums came on cassette tape.

While Bill Everett and Mort Meskin are both great, classic artists who might not have gotten enough credit when they were alive and producing (Meskin, in particular), the stories reprinted in Art in Time have been reprinted before, and don’t feel like the best work from either (give me Meskin’s Black Terror or Everett’s HydroMan, any day).

Overall, Art in Time isn’t a comics history book, it’s a “companion” to Nadel’s prior book, and a great resource for someone with a basic sense of comics history. 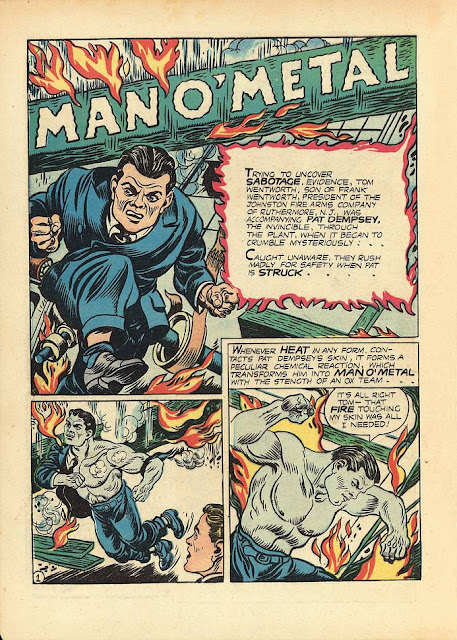 Posted by Christopher Irving at 12:01 PM