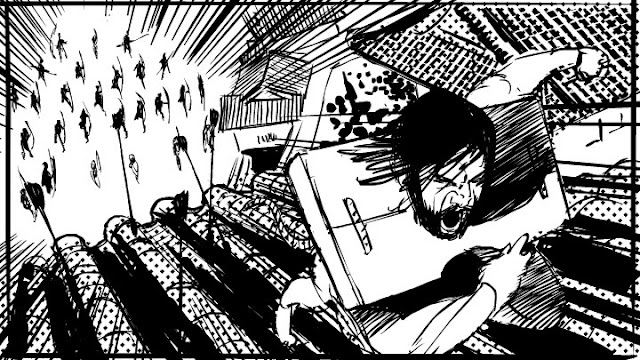 Words: Christopher Irving
I’m admittedly not a fan of manga; it’s not that I dislike the genre/approach and all of its trappings, it’s just that I never really had a chance to discover it. Considering how much is out there to read at a pretty cheap price, I realize that’s a lame-ass excuse.

So, when Rami Efal sent me a review copy of Never Forget, Never Forgive, his manga-inspired story of a samurai father and his two children, I was a bit taken aback. Again, not because of the art or the subject matter, but because the storytelling techniques were a bit alien and odd to me. Reading Never Forget was a new reading experience, one that had me scratching my head at first, but then relishing in the pay off towards the end. 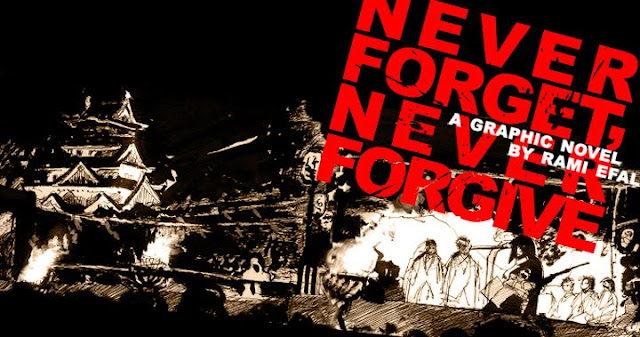 When the daughters of an opposing lord are captured by the samurai Oda’s lord, it stirs something in Oda’s teenage daughter Ryoan. Meanwhile, his young son Kaimen is the subject of ridicule, punished by Oda because he allows other boys to beat him up on a regular basis. The dynamic between the father critical of his rebellious daughter and weak son, the daughter angered against her insensitive father, and the son only trying to please dear old Dad…all against the feudal backdrop.

Well, it’s a lot to digest and, at times, it can seem a bit much for an untrained American comics reader like myself. But I found, about 2/3 of the way through Never Forget, that things started to coalesce and themes started to present themselves. What Efal wants the reader to feel is felt with a quick emotional wallop, catching the reader unaware, as opposed to a cartoonist who would draw it out and telegraph it to the point of preachiness and predictability. There are some doozies in this folks, especially when you least expect them. 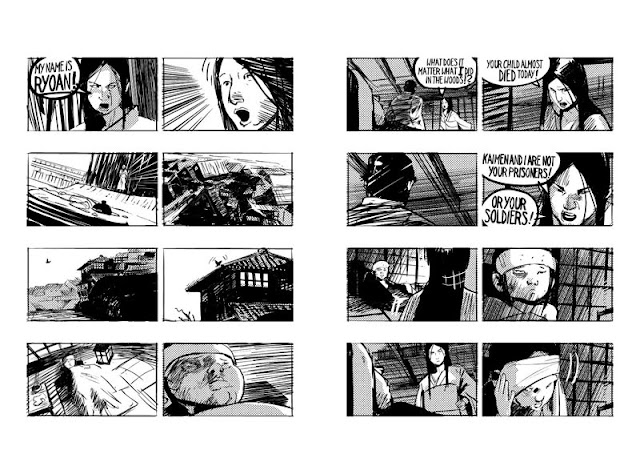 For fans of manga, Efal’s style is spot on; for fans of human drama, Never Forget is definitely worth picking up.

Rami Efal will be at MOCCA Fest this weekend. 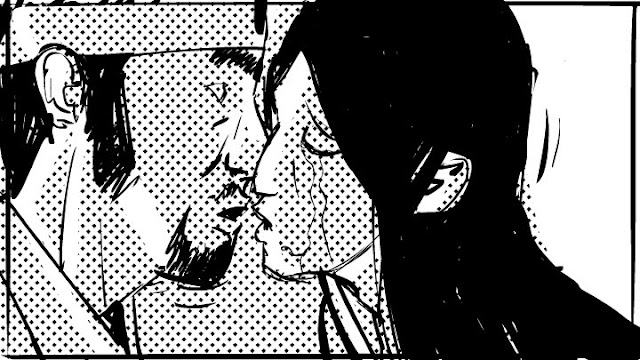 Posted by Christopher Irving at 1:40 PM