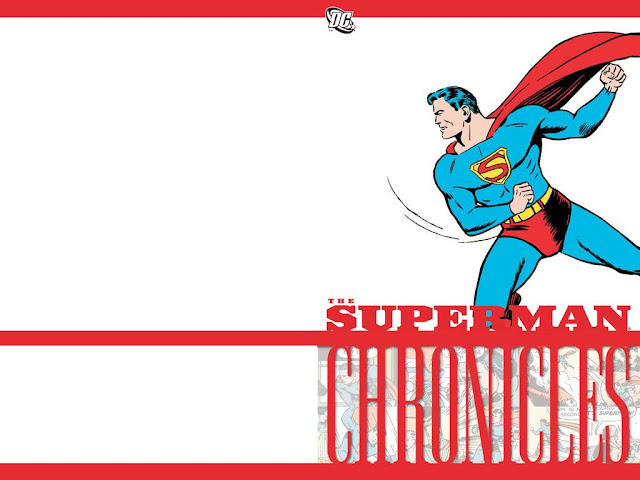 Words: Christopher Irving
DC had the reprint game right in the ‘70s, when they included Golden and Silver Age stories in the backs of most all of their titles; they even did several reprint series like Wanted.

But as the years passed by, either the demand for reprints went down, or the standards went up. Whatever the case, the only way you could get your mitts on any Golden or Silver Age stuff was, mostly, through the overly slick overly computer colored (at times, though it gradually got better) DC Archives. Fifty clams for 200+ pages of hardcover color, great for someone who can swing it, but not-so-great for anyone without the income to support it. Me, I want my old comics to feel like old comics: give me flat colors and newsprint any day.


Another problem I always had with the archives was in the divide between titles: Superman and Batman were only reprinted through archives for each series (Superman, Action, or Detective, or Batman). 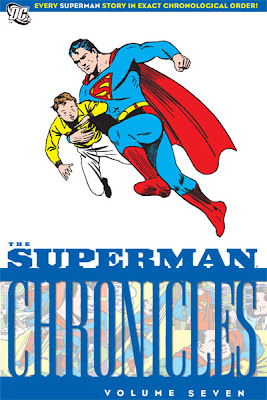 Enter the DC Chronicles series, a set of affordable paperbacks that reprint the stories in chronological order, regardless of the title. I’m kicking myself for not picking them up until the recent Superman Chronicles Volume 7. Reprinting Superman comics from October to December 1941, this slim volume (about 2/3 of an Archive length) includes goodies like the first appearance of Jimmy Olsen in comics (he premiered on the radio show that was airing about the same time). Superman’s not quite the vanilla super-cop of the mid to late ‘40s, but still a bit of a vigilante/activist in these stories, still containing a lot of the childish energy of the early Siegel and Shuster stories.

The best part, for me, is that by juggling stories from Superman, Action Comics, and World’s Finest, it gives the reader a chance to actually see the evolution of Superman, a helluva lot more fun that flipping back and forth between different archives.

The Chronicles aren’t for archival snobs: the covers are flimsy, the newsprint-ish pages may yellow a bit over the years, and the white covers scuff easy. But at $15 a pop, it’s a helluva cheap way to gain a Golden and Silver Age backlog. Along with Batman, Flash, Green Lantern, and Wonder Woman (who premieres this week – check it out for disturbing scenes of Golden Age comic book bondage), I think DC’s onto something here, and I’m calling up my favorite back issue comic shop (Time Machine on 14th Street, where the owner, Roger, knows his old comics) to get earlier volumes ordered.

Posted by Christopher Irving at 7:33 AM