For the Love of Comics #11: How Meeting Mark Hamill in a Comic Book Store Changed My Life 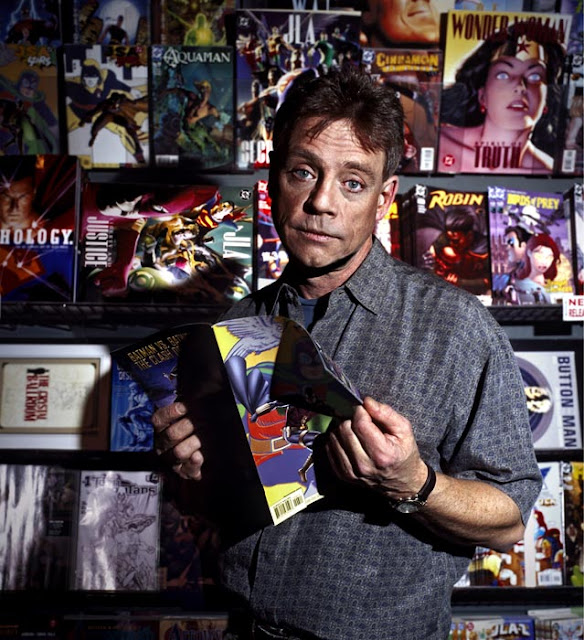 Words & Pictures: Seth Kushner
A cloaked figure entered the second floor, Times Square location of Midtown comics. He glided over to the front counter and waved his finger at the clerk.
"You will take me to the photographer now."

That’s what Mark Hamill did on the day I was to meet him.

Actually, I’ve stretched the truth a bit. The events actually played out the following way:

One evening, back in 2004, on the Monday before Thanksgiving, I had a dream job. I was assigned by a now defunct magazine to shoot the actor Mark Hamill at Midtown Comics. The location was chosen because Hamill had just directed a fun but forgettable direct-to-DVD mockumentary titled, Comic Book: The Movie.

Just to put these events in perspective as to where I was in my life at the time; I was lonely and depressed. I had been corresponding with a girl I had met on a trip to Boston a few months earlier, and although I liked her, I felt 200 miles was just too far a distance to pursue a relationship. The holidays were looming and I felt down-in-the-dumps, but a meeting with my childhood idol had helped to perk me up.

It turns out, I discovered, that Mark Hamill is a huge comics fan. I was very excited, to say the least. Although I was familiar with Midtown Comics, as I am with every comics store in NYC, I got there early to scope out the place for possible locations for the shoot. After a while, I was by the racks checking out the week’s new releases, when in walked Luke Skywalker himself, asking the guy at the register for ME!

I overheard and excitedly walked over and introduced myself to my childhood hero. It was great. He looked...old, and I couldn't believe that he was much shorter than me. The Princess was right; he was a little short for a Stormtrooper. Also, clearly evident were the scars on his face, which he received in an auto accident right before the filming of Empire. It was why the Whompa attack was written, as means of explanation. 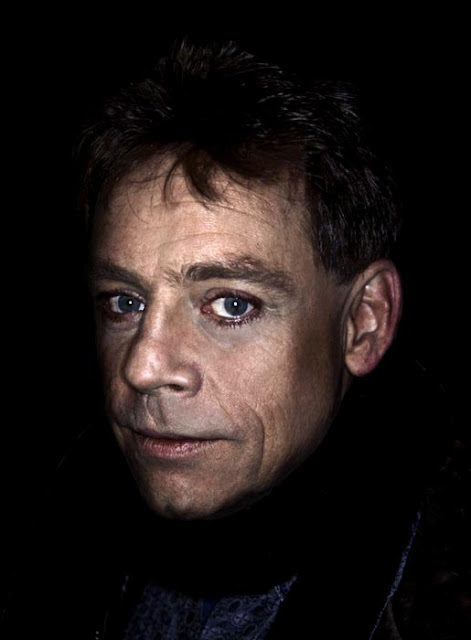 It turned out to be an enjoyable experience, but not a particularly productive shoot. Mark Hamill was so full of energy and so unabashedly excited by every product in the store that I was barely able to get him to stand still long enough to be photographed. He had an energy that had him bounding around at seemingly lightspeeds. Every couple of minutes he would say something like –

"Wow, look over there, a model of the 1940's Batmobile!" Then he'd run over and picked it up for inspection. His joy would fade a bit after checking the price tag.

"My wife will murder me if I buy this."

The statement struck me as odd the first time, because I’d assumed he had plenty of money. I mean, didn’t this guy get residuals every time a Luke Skywalker action figure was sold? He had Star Wars money. He starred in the most successful film franchise of all time, but he was afraid to spend a few bucks on a toy?

More importantly though, he seemed to have an issue with his wife not approving of his hobbies. Relatable? Very. Every ex-girlfriend I’d ever had showed the same lack of amusement to my interests as Mark Hammil’s wife.

"Women never understand this stuff, do they?" I asked him.

"Well, my wife collects antique china, which is even more expensive than toys and golden age comics. It's the same thing...the right one will understand," he said.

There you have it, right from the mouth of Luke Skywalker himself. My God, he really does use The Force!

Before Mark (as I was instructed to call him) left, I asked him if he wouldn't mind signing my Star Wars one-sheet, which I had taken off my living room wall and out of its frame. Mark was happy to do it. He wrote-

I took his message as an encouraging affirmation from one Jedi to another. Perhaps this was the stock message he wrote to all of his fans, but I’d rather not know that. I like to think we made a connection.

I put the now-personally autographed poster back in its frame and back over my couch, displayed for all who might enter my domicile. But, more importantly, where I could see it every time I needed encouragement.

A couple of months later, I was back in contact with that girl from Boston, who I mentioned earlier. I felt a deeper connection growing between us, but I still thought the distance between us was a deal-breaker. I thought about it, searched my soul, and came up empty. Unable to decide, I looked up on my living room wall, and there on my Stars Wars poster, written in black sharpie, "Force yourself."

I decided to trust my feelings and I took the shot.

That girl from Boston is now my wife and the mother of my son. 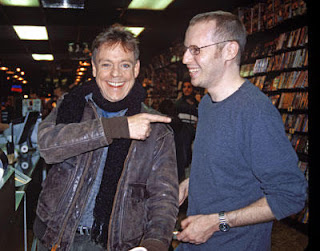 Posted by Christopher Irving at 11:19 PM