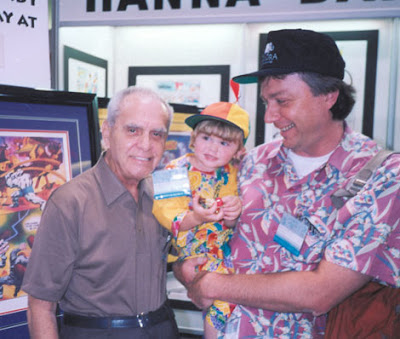 This previously unpublished photo* is from San Diego; taken in either in 1991 or 1992 I think. I have just introduced Jack Kirby to his namesake, Kirby Veitch. Jack’s response: “Yoiks!”


Growing up in the home of an active cartoonist, (and being named after one of the greatest) Kirby seemed to take the whole thing in stride. These days he’s twenty years old and at art school. Wants to write and illustrate his own fantasy novels.

*Editor's note - the photo was unpublished when submitted to us, but has since been published on The Beat. 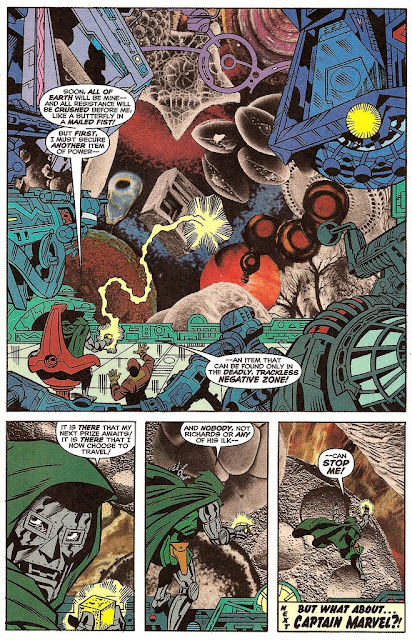 After a thirty year career in comics, Rick Veitch shows no sign of letting up. Vertigo recently CAN’T GET NO, his groundbreaking literary graphic novel that Publishers Weekly declared one of the “Best Books Of 2006″. He collaborated with Tommy Lee Edwards on THE QUESTION

for DC Comics and DAREDEVIL

for Marvel Comics. His imprint, KING HELL PRESS published new editions of THE ONE

, ABRAXAS AND THE EARTHMAN

. Rick is also the co-founder, with Steve Conley, of Comicon.com. And he’s been producing science and nature comics for WNET in New York. Right now he’s knee deep in his new series from Vertigo, a subversive and satirical look at the Iraq war set five years in the future, ARMY@LOVE

.
His third collection of fully painted Epic era stories, HEARTBURST AND OTHER PLEASURES