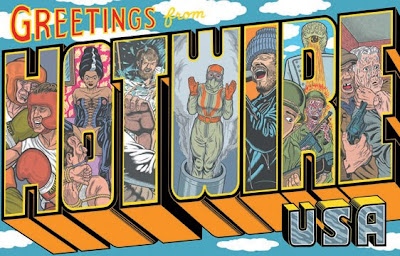 Words: Gene Kogan
No sooner did my latest “Odds & Gems” launch last week, decrying the criminal lack of comic art exhibits, I get an email invitation to the latest exhibit at the Scott Eder Gallery, which was mentioned in said piece.  This exhibit will feature original art from Fantagraphics’ excellent anthology, Hotwire vol. 3.  With a launch party on Friday, February 12 and running through March 31st, the exhibit will showcase works by Rick Altergott, Glenn Head, Tim Lane, Sam Henderson, David Sandlin, R. Sikoryak, Chadwick Whitehead and others who contributed to this exceptional publication.  This brings, under one roof, a superb collection of old school alternative artists and some of today’s finest young talent, cartoonists in the truest sense of the word and artists who have crossed over into the fine art realm.  It’s a terrific opportunity to see these works displayed and respected in a way that should be obvious and prevalent, but very rarely is. 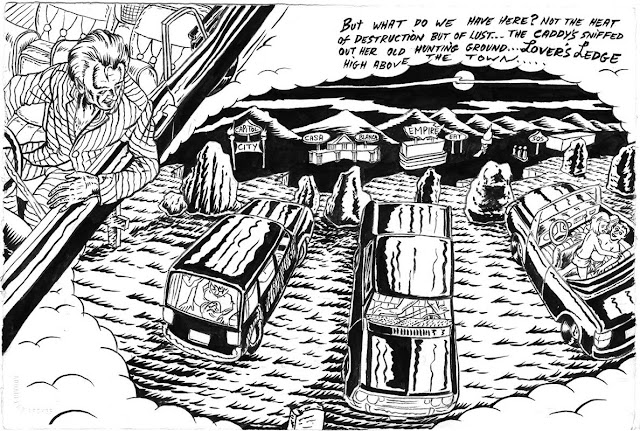 It’s the second time the Scott Eder Gallery has teamed with Hotwire.  The gallery’s 2008 exhibit featured original works from Hotwire vol. 2 by contributors Ivan Brunetti, Max Andersson, Tony Millionaire, Johnny Ryan and many others.
The Scott Eder Gallery has the distinction of being the only gallery in NY devoted almost exclusively to comic book art.  When it opened its doors in 2007, it was the first time NY had seen such a wondrous creature since the late nineties demise of the much lamented Four Color Gallery in Soho, a magical place yielding mind boggling exhibits by Dave McKean, Alex Ross, Carl Barks and other equally mountainous names and which was the source of one of my first and favorite pieces from my collection, a John Bolton Black Dragon page given to me by a friend. 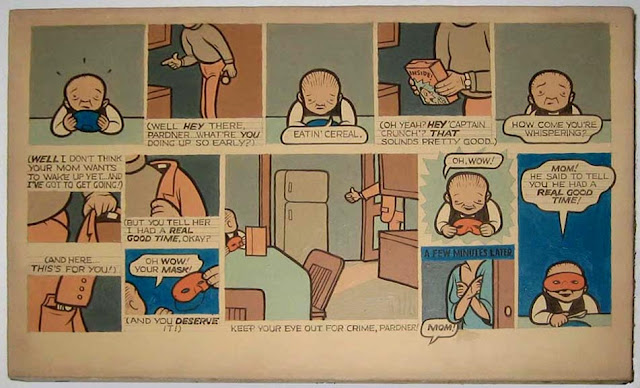 It’s been a long road for Scott, getting to this point.  Having dabbled in comics professionally for the better part of 20 years, he opened his gallery in Brooklyn after hosting an online gallery for over a decade and hawking his pencil and ink wears for 15 or so years through conventions, eBay and ads in various comic related publications.  Scott collected comics as a kid, and while his interests were broad, at a young age he gravitated towards the more sophisticated artists of the day, such as Barry Windsor Smith and Bernie Wrightson, as well as the early Mad artists, Jack Davis, Harvey Kurtzman and Wally Wood.  He was also exposed to art early in his life. “My father was a big art fan, and I grew up in NYC.  He took me (and my kid brother) to museums ALL the time, basically almost every weekend.  We also had some interesting art and prints in the apartment we lived in.”


After early success as a salesman, a job he excelled in, but hated passionately, he had disposable income and reacquainted himself with comic collecting when he purchased a bunch of Kirby Fantastic Four comics.  Pretty soon, he was buying up comics fast and furious and decided to try his hand at selling them, primarily though conventions.   He often had a table next to art dealer Scott Dunbier (now a Special Projects Editor at IDW) and one day spotted a stack of pages on Dunbier’s table, including a number of Jamie Hewlett Shade the Changing Man covers.  “I kept looking at them from my side of the dealers table…and finally, I couldn’t stand it anymore. I went over to the front side of his table and we made a deal on most of the pieces in that stack.”  The rest, as they say, is history. 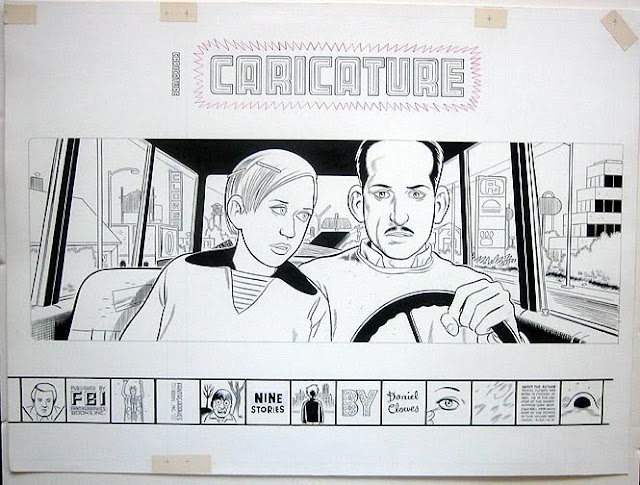 Scott’s point of interest in the art he sells reflects his personal tastes and what he’s reading at the time.  Most of the work leans toward the “alternative” end of the spectrum, heavily represented by the likes of Daniel Clowes, Dave Cooper, Peter Bagge, Al Columbia and Jim Mahfood.  But he’s also influenced by the fine art contingent in comics and handles many painted works by, among others,  Ted McKeever, Kent Williams, Bill Sienkiewicz, Jim Wooding, as well as being the exclusive representative of Ashley Wood, hosting an exhaustive  exhibit of his work last year.   Additionally, Scott deals works by a number of underground cartoonists, including Kim Deitch, Spain Rodriguez and Skip Williamson.   That’s just the tip of the iceberg.  His exhibit last year, titled Italian Masters of Comics, was one of the most impressive collection of works I’ve seen in a while, featuring gorgeous pieces by Lorenzo Mattotti, Milo Manara, Igort, Gipi, along with a number of incredible artists I was previously unfamiliar with, such as Gabriella Giandelli and Manuele Fior. 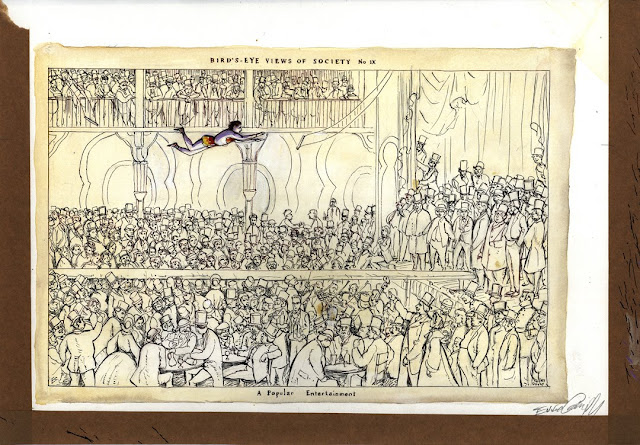 My friendship with Scott goes back several years, well before he opened his gallery.  The first piece I purchased off him was a beautiful Dave Cooper Suckle page.  Unfortunately for my wallet, I’ve had many dealings with him since, acquiring, over the years, works by artists such as Eddie Campbell (one of my favorite pieces), Daniel Clowes, Tony Millionaire, Kent Williams and slew of others. 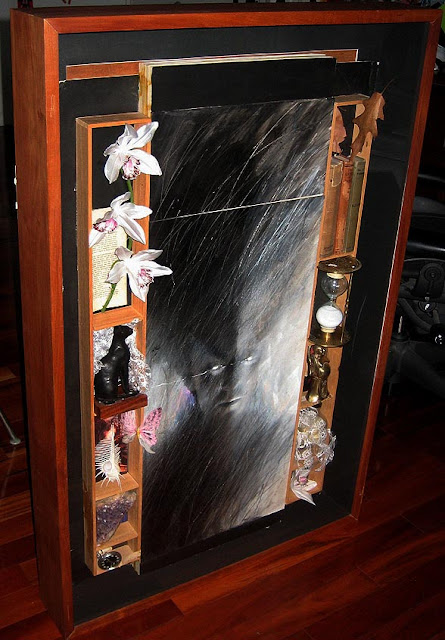 But what’s most impressive about Scott, aside the fact that he’s one the nicest and most accommodating guys you can meet, is his ridiculous personal collection of art.  The first time I saw the original Sandman #1 cover by Dave McKean, I think I wet myself (sorry Scott, that wasn’t my spilt drink after all).  Other head exploding works include paintings by Chris Ware (that’s right, I said painting), George Pratt, Jon J. Muth and a huge Kent Williams masterpiece, as well as key pieces by Daniel Clowes, Charles Burns and Jamie Hernandez.  I can go on forever.  It’s all quite overwhelming.
This current Hotwire exhibit has its launch party on Friday, February 12, starting at 6.  If you’re able to stop by, by all means, do so.  It’s a great experience.   But even if you’re not, feel free to visit the exhibit before it ends.  We need to support galleries such as this, that perpetuate the notion that comic artists are real artists and comic art is as viable as any “established” form of art.  For more information, please check out the gallery website: http://scottedergallery.com/index.htm 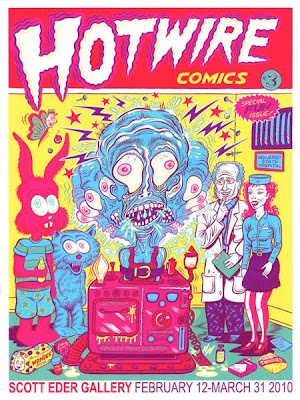 One last side note, Friday evening is also the premier of the Heads Up Display music video, directed by our very own Seth Kushner and Carlos Molina, at the Bergen Street Comics store.  Festivities start at 8.  It’s a great opportunity to check out one of the finest comics stores in the city, while enjoying some live music, booze and videos.  What better way to spend a Friday night. 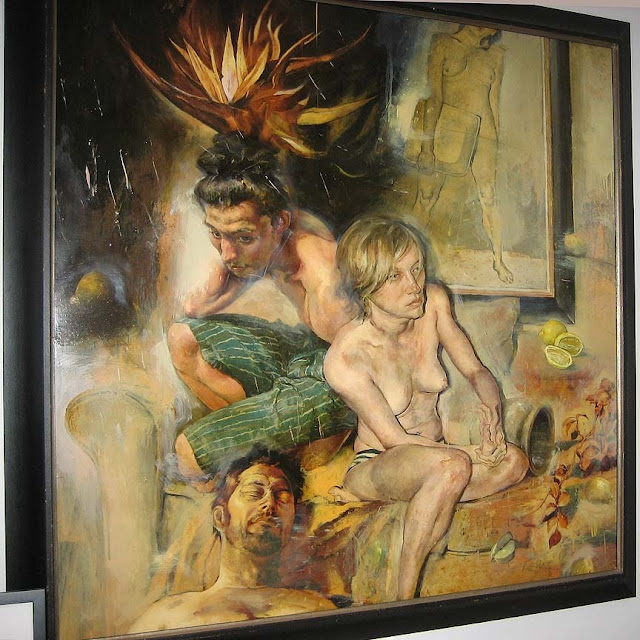 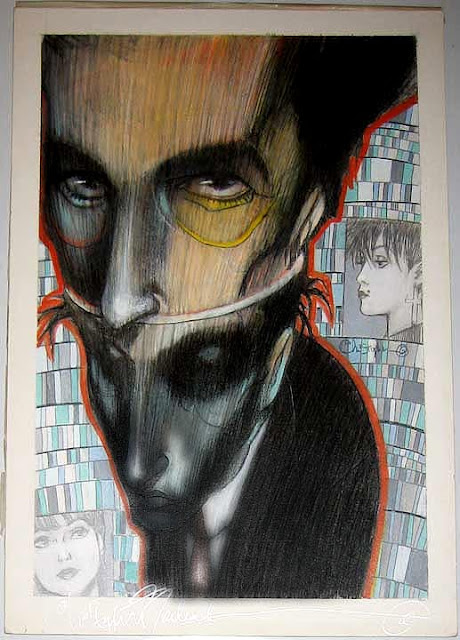 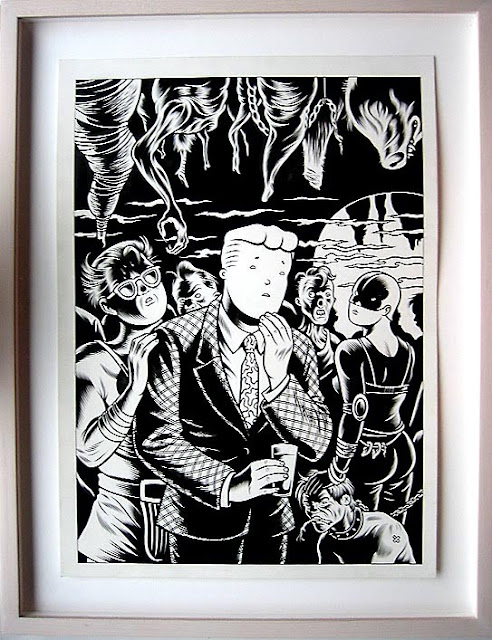 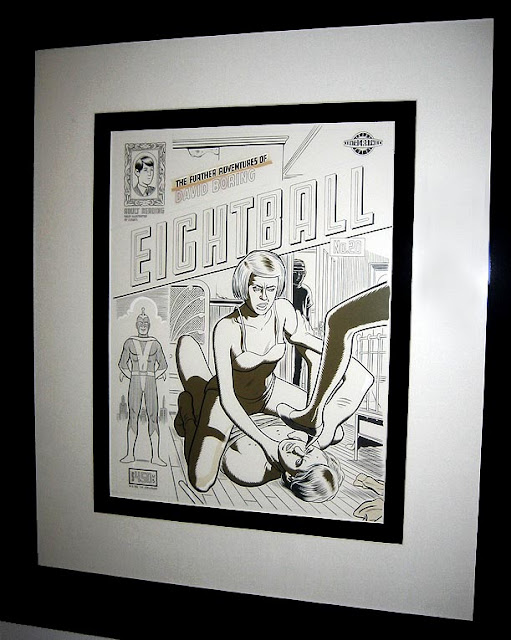 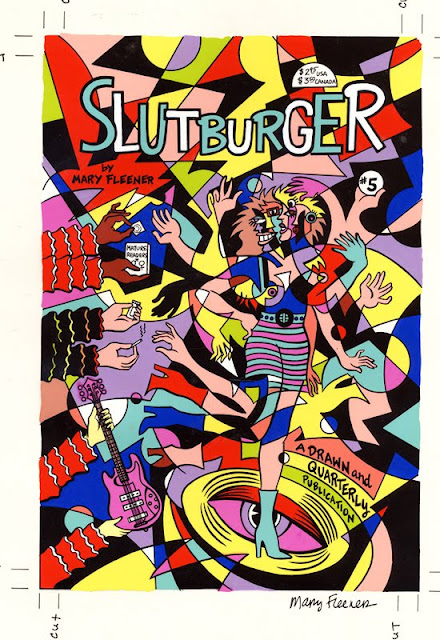 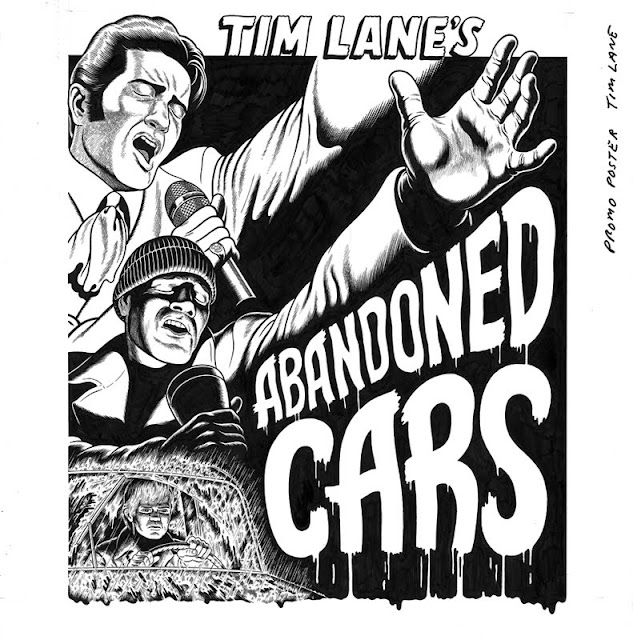 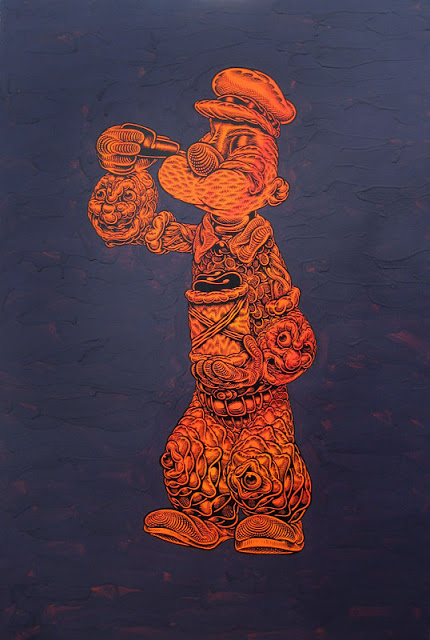 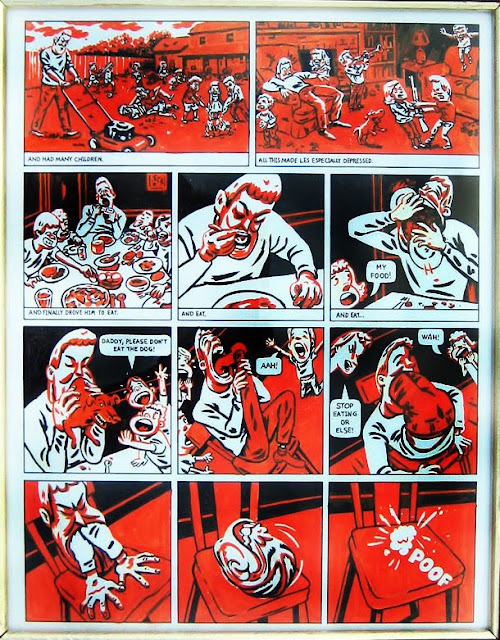 Gene Kogan first wrote for Yellow Rat Bastard magazine (published by the hipster store chain of the same name), and covered luminaries including Peter Kuper, Tony Millionaire and Bill Plympton. Shortly after, he followed it up with online column Back Issue Reviews. He lives in Brooklyn with his wife, Liz, their son, Shaylem, their dog Mabel Eddie Campbell Kogan and way more stuff than is probably legally allowed in an apartment.
Posted by Christopher Irving at 12:01 PM