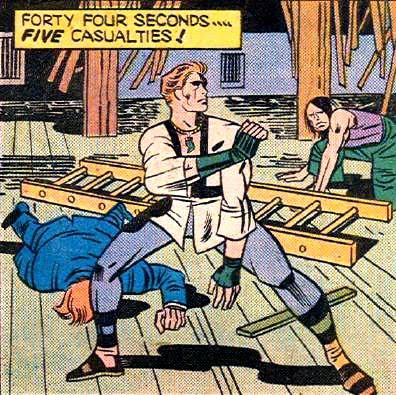 [Kirby's Richard Dragon]
When I was a kid, I studied Kung Fu at a martial arts school in my hometown. I did this the same way other kids played soccer or were on the swim team, just something to do, although I really enjoyed it. One of my teacher’s frequent exercises was to have us practice the same kata  (a choreographed series of fighting maneuvers, often thought of as a form of moving meditation) over and over to the point of exhaustion -- and beyond. The idea was to move past powering your way through the moves and thinking about what came next until all you had left was your own momentum guided by unconscious muscle-memory. After exhaustion set in, you were forced to find other ways to move, and other ways to understand movement, becoming a sort of human perpetual motion machine. After a few hundred times through the sequence, your conscious mind ceased being an obstacle to more essential, intuitive action.

I think of the progression of Jack Kirby’s artwork in much the same way. 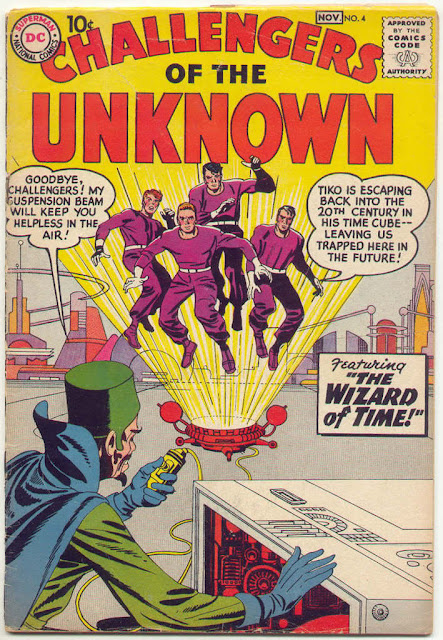 , where Kirby’s collaboration with Wally Wood created a sublime symphony of masterful storytelling inked with elegant virtuosity, and go to, perhaps, the mid-seventies’ OMAC: ONE MAN ARMY CORPS, you’ll see a stark contrast that’s the result of Kirby’s decades-long distillation of the comics form; past the meticulously self-aware restraint and precision of those earlier efforts, so something much more essential and intuitive, fueled by the necessary momentum of his own creativity. 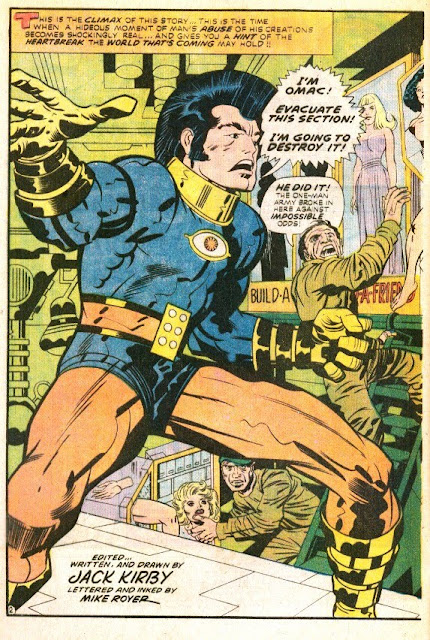 [Kirby's OMAC: ONE MAN ARMY CORPS]
Working his way through the thousands of pages Kirby generated the same way, year after year, would have been exhausting. In order to keep moving forward with the dictates of his fertile subconscious, Kirby was forced to find other ways to work his magic on the page.
It’s these later examples, where Kirby has moved past the realistic representation of forms to strike at a much more elemental orchestration of actions and objects, that initially drew me to his work and keeps me coming back.
A lot hasn’t changed in comics since Jack Kirby’s day. A few artists are fortunate enough to command a high enough page rate to allow them to take their time, and we can revel in their examples of artistic acrobatics. But a lot of us are ever seeking that delicate balance where the linework goes past the point of merely representing form, transcends the literal, and becomes a much more vital element in the visual language of comics.
In these later-period examples of his work, Kirby was no longer trying to draw what a fist or leg or object looked like. He had moved way beyond that. He was drawing what that fist or leg or object meant in the context of the story. That’s comics. And that’s why Kirby is still the King. 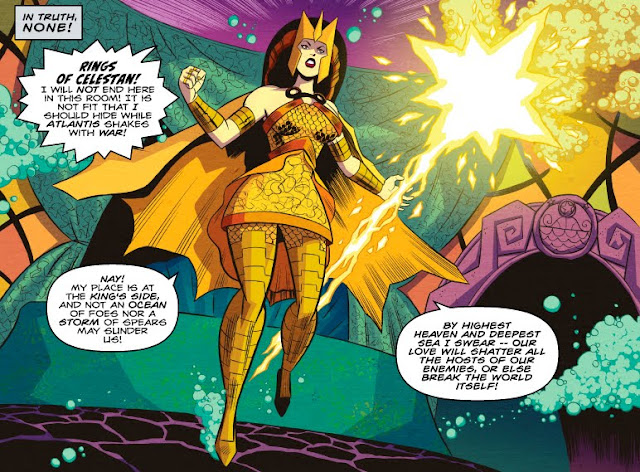 Mike Cavallaro's Kirby influenced ACT-I-VATE.com webcomic LOVIATHAN (above) and The Life and Times Of Savior 28

, his IDW series with J.M. DeMattias (below). 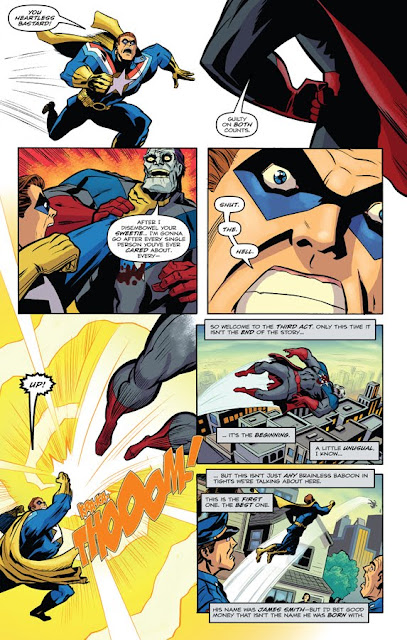 Mike Cavallaro is originally from New Jersey, where he grew up on a steady diet of home-cooked Italian food and the music of Bruce Springsteen. He attended the Joe Kubert School of Cartoon & Graphic Art, but dropped out to wash dishes and tour with his band. Eventually, he began working in the New York comics and animation industries, in which he’s remained active since the early 90’s.
Mike is a member of the online webcomics collective, ACT-I-VATE.com, where he continues to contribute free, weekly webcomics including the superhero-sci-fi epic, LOVIATHAN and the true-life historic memoir, PARADE (with fireworks). PARADE was published by Shadowline/Image Comics, and was nominated for a 2008 Will Eisner Comic Industry Award for “Best Limited Series” and for the Young Adult Library Services Association 2010 “Great Graphic Novels for Teens” list.
Mike is currently hard at work on numerous comics projects, and lives in Brooklyn with Lisa and their turtle, Hank.
Posted by Christopher Irving at 8:15 AM