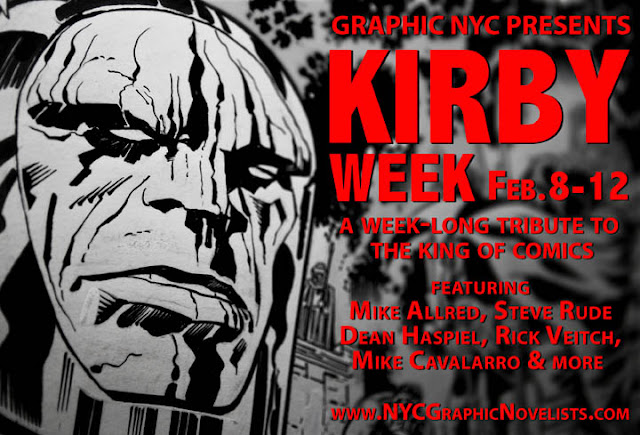 Graphic NYC celebrates the life of comics’ greatest artist, Jack “The King” Kirby, in their latest themed week of February 8th to 12th.

“The hardest part about Kirby week is that we want to say everything, but can’t say it all at once,” GNYC editor and writer Christopher Irving admits. “There’s no way you can love comics and not have been touched by Kirby’s powerhouse creativity at some point."

The week features two historical essays by Irving, one an appreciation of Jack Kirby and his work, and another spotlighting Jack’s obscure first superhero comic work in 1940.

"My main contribution to the site is usually to provide photographic portraits of our subjects," GNYC co-editor and art director Seth Kushner says. "Unfortunately, I never had the honor of photographing Mr. Kirby, but I think I've found an interesting alternative."