Comedy was my constant companion during childhood, pre-teen and teenage years.
I’m not sure who or what was the biggest comedy influence, so under the category of “comedy” I will list the standouts in my mind.  Sorry if that’s cheating.

Once I discovered the Carol Burnett Show as a child, I HAD to see it every Saturday night at 10:00. Yes, that’s the comedy show one watched on Saturday nights before the era of “Saturday Night Live.”

Insane comedy routines, musical numbers and barely a plot! The brothers Marx could sing, play instruments and of course shock the hell of Margaret Dumont with jokes she admitted she never understood. I only regret they never filmed the screenplay that Salvador Dali reportedly wrote for them. 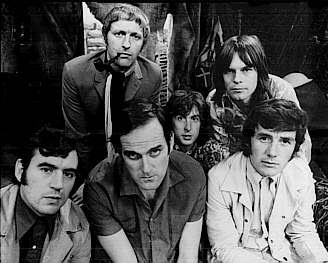 They shattered my concept of what comedy could be, and I of course though they were genius.

“The Hitchhikers guide to the Galaxy”
These books have to be listed here also as I read and memorized them when I was in Jr. High.

My mother was the head nurse at a nursing home and I would often end up hanging out there at various times waiting for her to get off work. I would visit with the elderly patients who LOVED seeing a young people or a visitor of any kind. They would hold onto my hand like a vise and of course freak me out somewhat as it seemed they were intent on never letting me go. Some of them screamed constantly and some of them looked through me like I was a ghost. Most just wanted to talk to me and tell me what a nice young man I was and how much I looked like their son or grandchild.
Oddly enough, we also lived on a street full of geriatric households. I watched more than one of our neighbors leave home in an ambulance and never come back.

I guess Gumby and Rankin Bass are the biggest influences in this category.
Rankin Bass are responsible for the classic stop Motion “Rudolph the Red-Nosed Reindeer” we all know and love.
Something about the other worldliness of their work, and any stop motion animation, appealed to me. They seemed homemade and magical at the same time. A dream come to life. 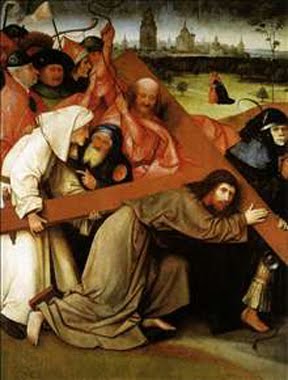 No I’m not Catholic anymore, nor do I now believe in any supernatural or extra dimensional beings or deities. But I was sent to Catholic school from 1st to 6th grade and spent every Sunday (and any other holiday with any Christian connotations) in church staring at statues and candles learning about mythology, spirits and how unworthy we all were. I don’t really WANT to give them credit in this essay, but I can’t deny that they were a big impact in my childhood. Being taught all those fantastic and downright frightening stories at a young age sent my imagination in maddening directions. We were taught that if you went to Heaven you would live forever. Forever! I tried imaging that as a child and realized I couldn’t conceive what that would be like. Would it be great or would it drive one insane?  In the back of my head I always wondered if “someone rising from the dead.” or “people being turned into pillars of salt” could REALLY happen. What would that look like? God seems like a  mean angry sort of fellow in most of these stories. Once I realized Santa Clause wasn’t real, the façade of the church soon started to crumble as well. Spirits, the walking dead, dark comedies, the all encompassing guilt and sadness of the church probably drove me to those genres. There’s no room here to talk about the guilt.

#5-Alfred Hitchcock.
His TV show, his movies the man himself. If psycho pops up on TV I have to watch it. Not because I love movies about matricide, but because the black and white photography is just that beautiful. Rear Window has a little mini lesson in story telling in it when Jimmy Stewart, and we the audience, watch stories unfold in his neighbor’s windows.  Without the benefit of sound we can only observe what unfolds in those apartments, and we know exactly what’s happening in each of them.  Vertigo has to be my favorite Hitchcock movie as it’s the most surreal and dream like at times. We also get to see Jimmy Stewart complete his journey into insanity that Clarence interrupted in “It’s a Wonderful Life.” 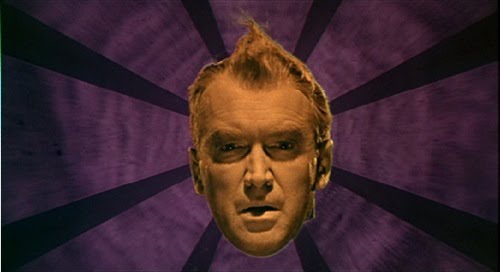 Tim Hamilton has been working as an illustrator since he teamed up with Gerard Jones (Men of Tomorrow) on the comic book “The Trouble with Girls.” He later worked on a variety of comics including “Aliens” and “Comic’s Greatest World” for Dark Horse Comics, as well as “Justice league Europe and Green Lantern” for DC comics. Other clients included Marvel, Malibu, Defiant and Broadway comics.  While working for marvel I created conceptual art involving proposed toys and animated projects for Toybiz.
He regularly wrote and illustrated humorous comics for Nickelodeon Magazine, has produced art for the New York Times book review, and adapted Treasure Island and Ray Bradbury’s Fahrenheit 451

into a graphic novel.
He’s a founding member of the online Cartoonist collective known as ACT-I-VATE where his comics Pet Sitter and Adventures of the Floating Elephant appear.

See Tim Hamilton at all the locations below:

Posted by Christopher Irving at 9:20 PM