It was both harder and easier than one might expect to compile this list of my top five non-comics influences. The easy part was in recognizing them—every thing on this list has played a vital part in shaping what I do today. The hard part was in paring the list down—there are many, many more influences than these. I feel that I would be doing a disservice if I didn’t mention the enormous influence my parents had on me, first and foremost. Their unwavering support of me and my pursuit of an artistic career can not be underestimated. Now, onto the other top 5…. 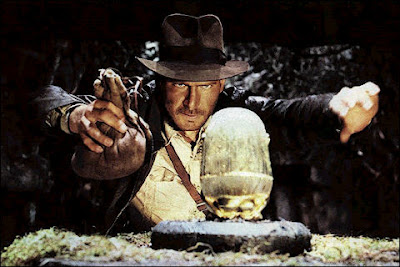 Raiders of the Lost Ark- In college, as I stayed up late nights drawing comics, I would play this movie incessantly in the background. Even with the sound turned off, there’s an incredible clarity to the storytelling. The opening sequence, from the Paramount/mountain intro, as you follow Indy and his companions through the jungle and into a deserted temple, is pure perfection. The way that for, like, five whole minutes you never even see Indy’s face—best character intro ever. Instant mythic. I searched high and low on the web to find that clip to no avail, but really, the whole movie is pure win. This movie probably influenced my sense of pacing and storytelling more than any other single influence, comics or otherwise. 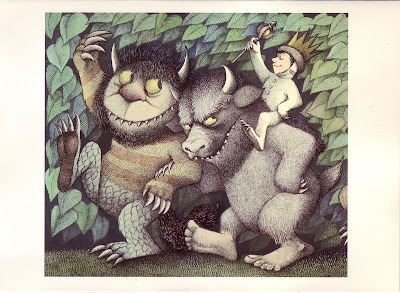 Where the Wild Things Are by Maurice Sendak- The whole thing is only ten sentences long , 338 words. This is the book that made me want to do picture books for a living. Absolutely perfect, not a wasted line in the whole book. My own picture book Sally and the Some-Thing is in particular an homage to my love for this book. 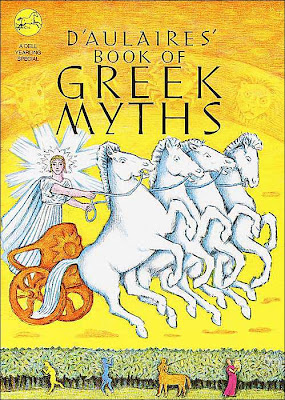 D’Aulaires Book of Greek Myths- Like so, so many people, this book served as my introduction to the world of Greek mythology. Some of the pictures are pretty goofy, to say the least, but, damn, Ingri and Edgar D’auliare caught lightning in a bottle when they made this book. When I pitched Olympians to my editor, I referred to this book as the bible of Greek Mythology, and I think I couldn’t be more right than that. Just a glimpse of that bright orange–and-yellow cover still makes me smile. 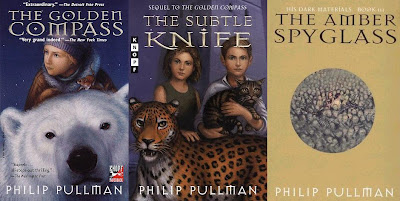 His Dark Materials by Philip Pullman- The rest of my influences on this list I first encountered in my childhood—however, I didn’t discover the His Dark Materials Trilogy (The Golden Compass, and The Amber Spyglass until after college. Hell, the first volume wasn’t even published until 1995. Initially set on an alternate earth where every person has his or her own personal daemon (an external manifestation of their soul in animal form) it eventually becomes a heart-breaking, universe-spanning exploration of the nature of god, sentience and heaven. Every character rings so true, their voices so clear. A few years back, for my own amusement, I did some painted comic adaptations of a few key scenes of the series. I have to dig those out and post them somewhere, Beautiful, beautiful books. 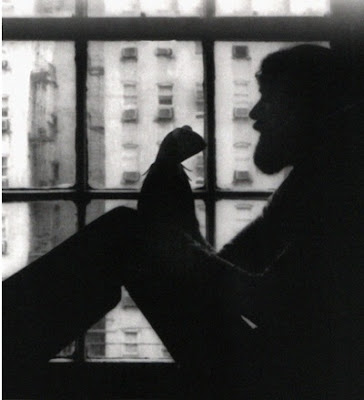 Jim Henson- It wasn’t until I sat down to write this list that I fully comprehended the magnitude of the effect the works of Jim Henson have had on me. My love of language and reading comes in no small part from Sesame Street. So much of my sense of humor has been influenced by his work on The Mupper Show<. Even films like The Dark Crystal and Labyrinth (with design work by Brian Froud, another huge childhood influence), as flawed as they may be, had a profound effect on me growing up. Jim Henson remains for me a prime example of a man who followed his muse, a non-conformist who did it his way and profoundly altered the culture.

George O'Connor's first graphic novel, Journey Into Mohawk Country, used as its sole text the actual historical journal of the seventeenth-century Dutch trader Harmen Meyndertsz van den Bogaert, and told the true story of how New York almost wasn’t. He followed that up with Ball Peen Hammer, the first graphic novel written by playwright Adam Rapp, a dark dystopian view of a society’s collapse as intimately viewed by four lost souls. Now he has brought his attention to Olympians, an ongoing series retelling the classic Greek myths in comics form. In addition to his graphic novel career, he has published several children’s picture books, including the New York Times best-selling Kapow, Sally and the Some-Thing, and Uncle Bigfoot. Mr. O'Connor is over 300 feet tall, and anyone who makes his acquaintance reports a feeling of near-overwhelming euphoria. He lives in Brooklyn, NY.

The first book on George's Olympians series, Zeus: King of the Gods will be available January 5th. 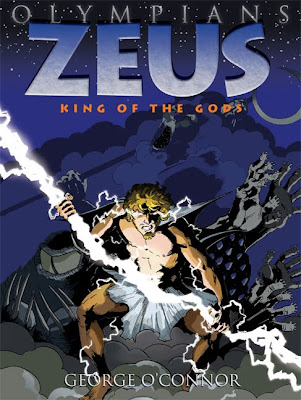 Posted by Christopher Irving at 3:55 PM