For the Love of Comics #7: George O'Connor's Olympians 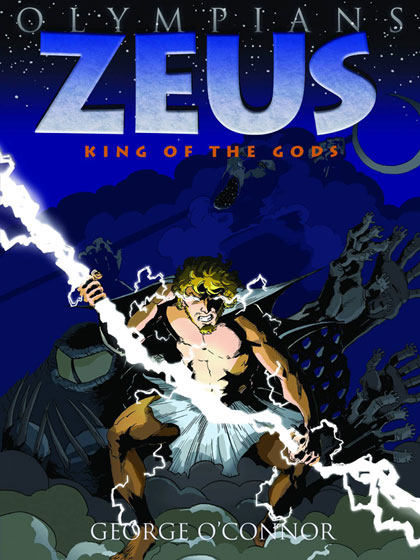 When I was a kid, Clash of the Titans scared the hell out of me, especially the Ray Harryhausen Medusa. It took me a few years to get over it and, when I did, I became an uber-nerd for Greek gods and demi-gods. They were superheroes, but much more bad-ass. If you took Batman's mask off, you got Bruce Wayne; but if Zeus took his mask off and showed what he really looked like -- you got fried to a crispy Grecian treat.

George O'Connor fulfills every "geek who ever picked up a pencil and wanted to make comics" wet dream with his Olympians series of graphic novels from First Second. The first one, spotlighting Zeus: King of the Gods, came out in the past week.

Weighing in at a slim seventy pages, Zeus combines the original mythology with a slick modern sensibility that owes a lot to Mike Mignola's thin ink line and heavy blacks. The Zeus of this first Olympians volume isn't bearded and old like Sir Laurence Olivier; instead, he's a brash and angry young man who grows up in secret to face off against his father, Kronos, who had tried to devour Zeus upon birth. As O'Connor follows this battle between the new gods and their prior generation of the Titans, I'm reminded of why the Greek myths still matter: this isn't a story about Zeus coming to power, as much one about a generation gap. 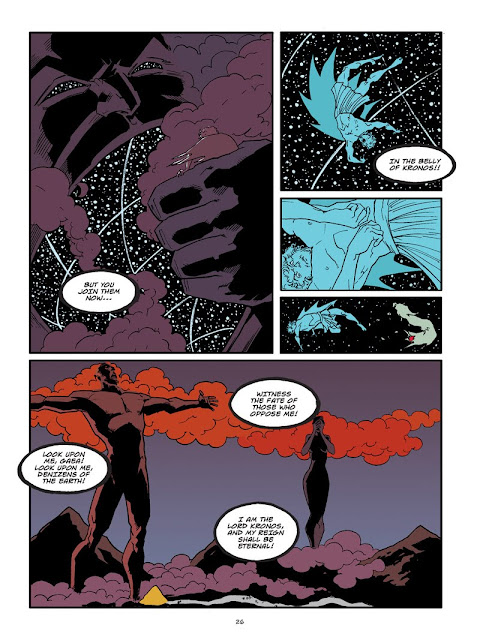 And that is where the strategy behind The Olympians project is revealed. O'Connor has put together an ass-kicking, monster-stomping battle royale that gears the original myths towards younger readers. There is an economy of words (in both dialogue and narration) and an emphasis on action, to make Zeus read more like a modern Marvel comic than a Classics Illustrated. The back also collects Who's Who style pin-up pages on the characters, as well as a brief guide aimed at the younger readers.

One thing I do commend O'Connor on is his authenticity to the original myths. Yes, the Gods interbreed in these books, with siblings producing offspring, something more contemporary takes on the ancient myths avoid touching.

So, in short, he modernizes the visual approach to the Greek myths while retaining the original story elements. All that's absent is stop-motion monsters. 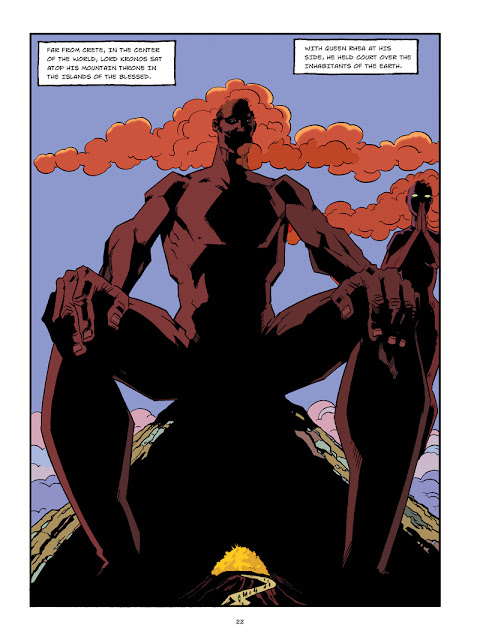 Posted by Christopher Irving at 10:29 PM