For the Love of Comics 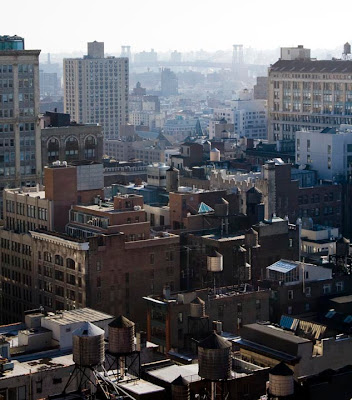 Seth and Christopher trade off Fridays to talk about the comics they love, as well as the people who made them happen, in these personal entries.

2: Remembering Joe Gill Joe Gill was the most unique and outstanding anonymous author I knew. He's also my "fuckin' hero".

It was 1989 when I first stumbled across a copy of Comics Buyer’s Guide on the wire rack in a used bookstore in my Virginia hometown. CBG was a literal weekly newspaper for comics then, featuring everything from breaking news, to columns by industry insiders, to previews of upcoming comics. To a 12 year-old boy, it was heaven smudgingly printed on cheap paper.

In the end, the Holden Caulfield walked away with his kid sister, while the well-meaning Peter Parker walked away alone.

When I first met Miguel Cima, he told me he wanted to make rock stars out of comics folk. Seeing as the affable Cima used to work in the music industry, it wasn’t a surprising comparison.


6: The Shadow in the Great Depression

It was in the beginning months of the Great Depression, on the night of Thursday, July, 31, 1930 (not quite a year after the Stock Market Crash of October, 1929) that a sinister laugh first pierced the airwaves of America and began a cultural phenomena that echoed well past the end of the Depression in everything from pulp magazines to movie serials.

01: My Youth in Comics Between the ages of three and seven, my comics were picked up sporadically from newsstands and I got collected editions, treasuries and digests from various used bookstores. When my addiction started hitting it’s stride around the time I was eight

02: How Harvey Pekar Got Me Laid I met her in front of the Sunshine Theater on East Houston Street. I waited beside the poster of Paul Giamatti channeling Harvey Pekar when she arrived and it took me a moment to recognize her.

03: Jeff Newelt ACT-I-VATEs the Hype I arranged to talk to Jeff Newelt on the rooftop of the building that houses Deep 6 studios, in Gowanus, Brooklyn. It’s the type of location where one would almost expect to meet a superhero, or a superhero’s publicist, in this case.

04: My Lifetime of Collecting Star Wars Figures Actually, it wasn’t all that far away; it was Brooklyn, at the Toys R’ Us on Flatbush Avenue. It was 1977 and I was four-years old. I walked next to my father down the aisles of toys and they seemed to extend up so high that to me they could have reached the stars...Just then we turned a corner and there they were, right on the endcap—the Star Wars toys. My face must have lit, as though I were looking at the blinding explosion of the Death Star itself.

Schmuck: The term entered English as a borrowed pejorative from the common Yiddish insult, where it is an obscene term for penis. It a range of meaning depending on context. In its most innocuous use, a schmuck is a person who does a stupid thing, in which case "dumb schmuck" is the appropriate expression. A schmuck's behavior ranges from pesky and inconsiderate, to obnoxious and manipulative.

06: How Harvey Pekar Got Me Laid (Encore Edition)
I met her in front of the Sunshine Theater on East Houston Street. I waited beside the poster of Paul Giamatti channeling Harvey Pekar when she arrived and it took me a moment to recognize her.

07: Cosplay - A Photo Essay
Cosplay (コスプレkosupure), short for "costume play", is type of performance art in which participants don costumes and accessories to represent a specific character or idea.
It's no secret that I'm a comics fan. If you're reading this, then odds are you are, too. I've been a fan since before I was able to read and have collected weekly for over twenty-six years. But, I havenever worn a costume to a comic con.

Posted by Christopher Irving at 1:22 PM